Point Camden
Development - Some content may have altered during development.
5_0_1_drag_test is a Drag event that was cut from Need for Speed: Most Wanted, but appears as an event in the PlayStation 2 demo release with the player racing against Rog.

The event can be found in the game files of the PlayStation 2 demo. Had the event not been removed, it would have been part of Webster's career stage[1].

The event was featured as part of the game's reveal at Electronic Arts's booth during the May 2005 Electronic Entertainment Expo. 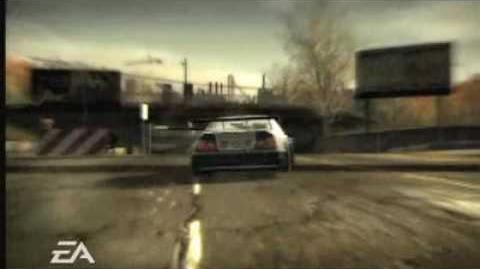 Retrieved from "https://nfs.fandom.com/wiki/5_0_1_drag_test?oldid=113755"
Community content is available under CC-BY-SA unless otherwise noted.