Need for Speed Wiki
Register
Don't have an account?
Sign In
Advertisement
in: Vehicles, 2000s, Acura,
and 13 more
English

It uses a 1.8L inline-four, which produces 195bhp. Based on the Honda Integra DC2 series, it was rebadged as an Acura for the United States.

The Type R was the most expensive and fastest variant of the DC Integra generation. It is also a popular car in the import tuning scene.

The Integra Type R is unlocked in Need for Speed: Underground after completing event #53 of the Underground Mode: "Go Jose".

The car has mediocre acceleration and can reach a higher top speed than most cars, but it can suffer from understeer whilst cornering.

A highly modified "Vortex" variant can be driven at the beginning of the Underground Mode during a dream sequence, and is unlocked for Quick Race play once the player has collected 46,000 style points.

The Integra Type-R can be found in the game files of Need for Speed: Underground 2 with vinyl, manufacturer, and secondary logo textures referencing the car.

The Integra Type R appears in Need for Speed: ProStreet as a tier 2 car costing 24,000 cash, and is unlocked after the player successfully completes the Showdown: Chicago event.

It is one of the fastest front-wheel drive cars, thanks to its low weight, making it a nimble car and is best utilised in Grip. 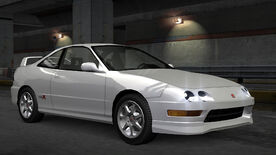 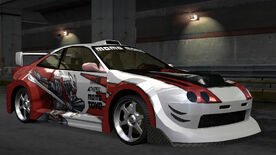 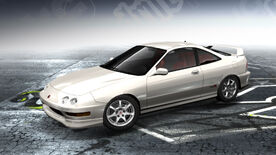 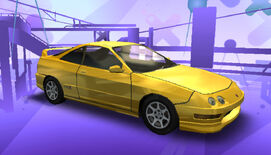