Need for Speed Wiki
Register
Don't have an account?
Sign In
Advertisement
in: Vehicles, 1990s, Acura,
and 12 more
English

6-speed Manual
1,367 kg (3,014 lbs)
The 1990 Acura NSX (NA1), also known as the Honda NSX outside North America, is a mid-engine supercar manufactured by Honda in Japan, and also sold in the USA under the Acura brand.

The 3.0L V6 engine of the NSX is made of aluminium and utilises Honda's VTEC valvetrain system. In 1997, the car underwent a facelift.

The Acura NSX appears in The Need for Speed.

In all releases, following the 3DO original release, it is grouped in Class C alongside the Mazda RX-7 and Toyota Supra Turbo. It has the highest top speed of its class, although has the most understeer.

It can only be selected with a silver body colour although, in the PlayStation and Sega Saturn releases, it can appear in dark blue when driven by A.I. and split-screen opponents.

The stock NSX is a classic sport class car that requires 40 rare blueprints to unlock. The blueprints required to unlock the vehicle can be found from various sources: 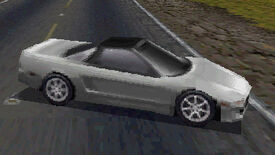 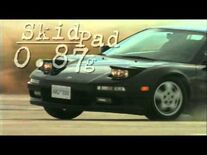 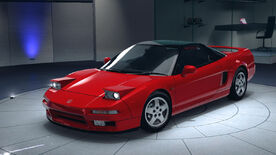 Need for Speed: No Limits
Español
Community content is available under CC-BY-SA unless otherwise noted.
Advertisement