Need for Speed Wiki
Register
Don't have an account?
Sign In
Advertisement
in: Vehicles, 2000s, Acura,
and 17 more
English

6-speed Manual
1,392 kg (3,069 lbs)
The 2002 Acura NSX (NA2), also known as the Honda NSX outside of North America, is a mid-engine sports car manufactured by Honda and sold in North America under the Acura brand.

For the 2002 model year, the NSX received a series of exterior changes, most notably fixed xenon headlights that replace the pop-up versions of the older models.

The 2002 to 2005 produced variant were the final models of the first generation NSX. The NSX was reintroduced in 2016 as a hybrid sports car.

The NSX appears in Need for Speed: ProStreet as part of the Collector's Edition release as a tier 3 vehicle with a price tag of 70,000 cash.

It is an average tier 3 car with a focus on handling. It is best utilised in Drift and Grip events.

The NSX appears in Need for Speed: Shift as part of the downloadable Exotic Racing Series Pack for the Xbox 360 and PlayStation 3 releases.

It is a tier 2 car with a 5.60 car rating and can be acquired for free through the car lot.

The NSX appears in Shift 2: Unleashed with a C 510 performance index rating and 3.44 handling rating. It is classed as a Modern Road vehicle and can be purchased for $64,000.

It has direct steering and is capable of high-speed cornering. It is not difficult to handle although it may slide whilst entering a 90 degree curve too fast. It is possible to keep pace with most cars within its range.

The NSX 2005 appears in Need for Speed: Edge with an S class performance rating. 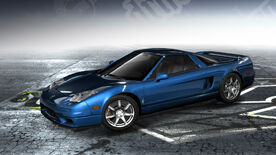 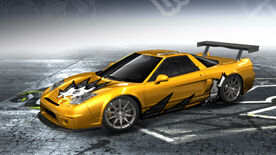 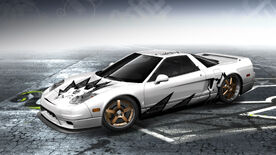 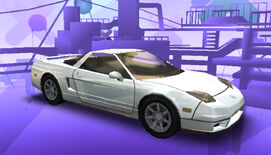 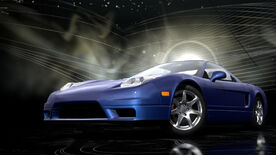 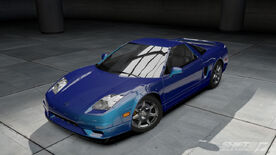 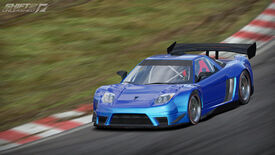 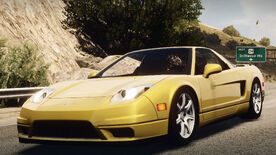