The Acura NSX (NC1) (also known as the Honda NSX in Europe and Japan) is a mid-engined sports car manufactured by Acura and sold outside North America under the Honda brand.

To keep the weight as low as possible, the car was designed to use a chassis made of mostly aluminum, augmented by use of carbon fibre body panels, placing it at a kerb weight of 1,725 kg.

Production of the second-generation NSX is assigned to the purpose-built Performance Manufacturing Center in Marysville, Ohio.

Stub - This article section needs expanding with relevant information.
The Honda NSX appears in Need for Speed: No Limits as part of the "Devil's Run: Wolf Country" special event that took place from September 13, 2018 to September 20, 2018. The starting performance rating is 644.

The Acura NSX appears in Need for Speed: Payback following a Build of the Week article published on the official Need for Speed website[2] on October 9, 2017.

It is unlocked for purchase from the race and drag class dealerships upon completing four questlines in chapter 4 - Open Skies.

The NSX appears in Need for Speed: Edge.

The NSX appears in Need for Speed: Heat following an article, revealing it to be part of the game's official car list, was published[3][4] on August 19, 2019, and appears in the NFS: Heat Studio app as a secret car that's part of container 5, which was released on September 17, 2019.

The stock NSX can be unlocked in Need for Speed: Heat. 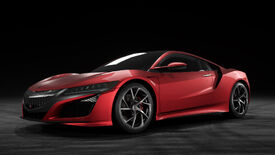 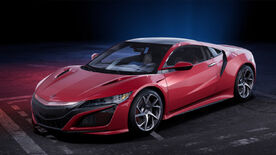 Retrieved from "https://nfs.fandom.com/wiki/Acura_NSX_(NC1)_(2017)?oldid=144425"
Community content is available under CC-BY-SA unless otherwise noted.