Need for Speed Wiki
Register
Don't have an account?
Sign In
Advertisement
in: Vehicles, 2010s, Alfa Romeo,
and 10 more
English

It has been in development since as early as 2011 and was designed by Alfa Romeo's Style Centre to be a two seater coupé.

The concept first appeared at the 81st Geneva International Motor Show of March 2011. It featured a full carbon-fibre body with aluminium crash boxes and rear frame structure while its drivetrain consisted of a small displacement turbo engine and a dual-clutch transmission.

The concept has since been altered both visually and technically with the most notable ones being new head and tail lamps and an aluminium front and rear body section in place of a full carbon-fibre body that was seen in the concept model.

The 4C entered production in May 2013 at Maserati's production facility in Modena, Italy with an estimated 3,500 units to be produced each year. It entered the North American market in the summer of 2014, marking the brand's return to the continent.

It appears as a Sports class vehicle, which is unlocked upon defeating Most Wanted List racer #10. It is available from the beginning in multiplayer.

The 4C Concept has a decent acceleration and stellar handling. It can outperform more powerful cars such as the Aston Martin V12 Vantage in corners, but lacks in top speed. Because of its low durability, the 4C is more suited for race events.

The Alfa Romeo 4C (Concept) appears in the mobile release of Need for Speed: Most Wanted (2012) as a Sports class vehicle. Available for $70,000, the 4C (Concept) sacrifices speed for better handling and decent acceleration in comparison to other sports class cars unlocked early on. 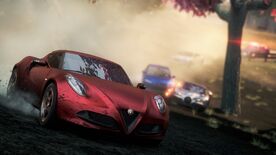 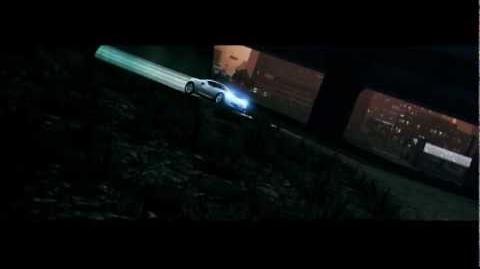