[1]
The Alfa Romeo 8C Competizione is a sports car produced between 2007 and 2009 with a total production number of 500 units. Alfa Romeo shares the platform previously utilised by the Maserati Coupe. The 4.7L V8 engine is also fitted in the Maserati GranTurismo S.

The 8C Competizione is included in the downloadable Exotic Racing Series Pack for Need for Speed: Shift. It is featured as a tier 3 vehicle with a 7.80 car rating.

The Alfa Romeo 8C Competizione has a decent acceleration and good top speed. Its handling is typical for a front-engine, rear-wheel-drive car; players can exit corners at a high speed as long as the player does not enter the corner at an inappropriate speed. It can be upgraded with a Works conversion kit in both games.

The 8C Competizione was made available in Need for Speed: World through the dealership on January 3, 2012, making it the first car to be released that year.

It initially appeared as a tier 3 vehicle. It was retired on June 23, 2012, but was temporarily featured as a Top-Up gift. On August 22, 2012, it was re-released in the car dealer and featured as an A class vehicle.

The 8C has extremely responsive handling and a lot of traction, making it one of the best handling A class cars, besides the Porsche 911 GT3 RS. It has mediocre acceleration and a weak nitrous boost though. Top speed is 216 mph (348 km/h).

The 8C is very useful for difficult race routes, where faster accelerating cars can be outperformed in low-speed corners.

It is fitted with Pro quality performance parts from different manufacturers, 3-star Skill Mods, and a selection of aftermarket parts.

It is fitted with Pro quality performance parts from different manufacturers, 3-star Skill Mods, and a selection of aftermarket parts.

The 8C Competizione appears in Need for Speed: Hot Pursuit (2010) as a Performance Series racer vehicle, and as an SCPD Highway Patrol unit. The racer variant can only be unlocked through purchasing the Limited Edition release, but the SCPD unit can be unlocked upon accumulating 275,000 cop bounty.

The car is depicted with responsive steering, which is useful for performing drifts. It can hit a top speed of 195 mph (315 km/h) with the use of nitrous. The 8C Competizione is competitive in race events but may be lacking to a few cars such as the Ford Shelby GT500 (2010), acceleration-wise.

The 8C Competizione appears in Shift 2: Unleashed with a C 910 performance rating and 3.69 handling rating. Players can purchase it at the cost of $154,000.

The 8C Competizione appears in Need for Speed: The Run as a tier 4 vehicle, and is unlocked upon purchasing the downloadable Italian Pack.

The tier 5 Serpent produces 721 bhp at 7,000 rpm and a "normal" handling rating. It is unlocked upon beating 20 multiplayer objectives in Italian Motor Racing playlist.

The tier 6 NFS Edition produces 901 bhp at 6,800 rpm and a "challenging" handling rating. It is unlocked upon beating 10 multiplayer objectives in Italian Motor Racing playlist. 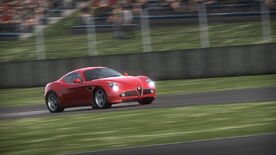 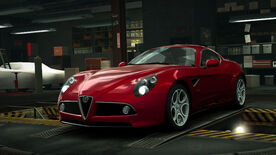 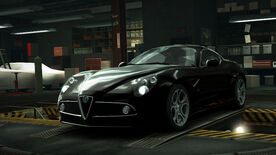 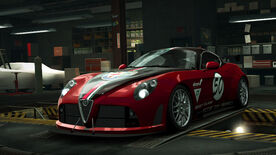 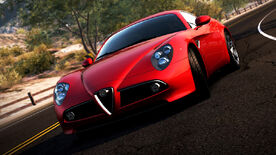 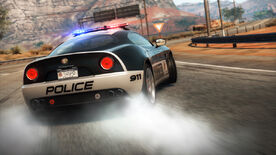 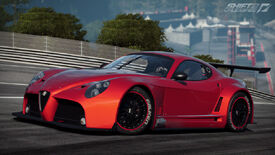 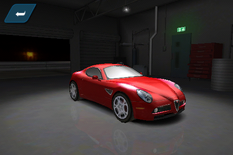 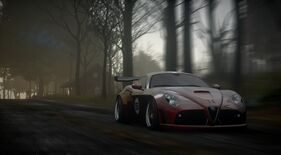 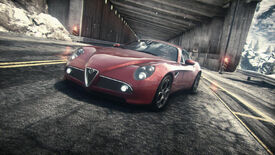 Retrieved from "https://nfs.fandom.com/wiki/Alfa_Romeo_8C_Competizione?oldid=143002"
Community content is available under CC-BY-SA unless otherwise noted.