The Brera was initially introduced as a concept car at the 2002 Geneva motor show at which point it also won the "Best Car of the show" award. The V6 variant could be equipped with a four-wheel drive system.

The Brera appears in Need for Speed: Carbon as an Exotic tier 1 vehicle. It is available from the beginning of the game alongside the Mazda RX-8 and the 1967 Chevrolet Camaro SS.

The Brera has good handling and a high top speed but at the cost of slow acceleration. It can compete with any cars during the first portion of the career mode. The player can beat Wolf in his first races with a stock Brera although it can be difficult to keep up with him.

Neville will drive a Brera if the player has chosen it as their starter car. Colin also drives a Brera with a TFK livery during the first portion of the game.

The Brera also appears as a modified car in a bronze tier circuit race of the Challenge Series.

The Brera 2007 appears in Need for Speed: Edge. 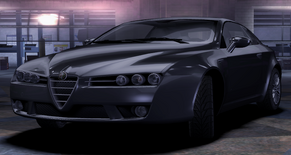 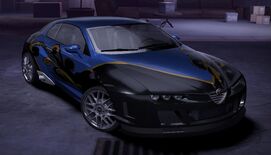 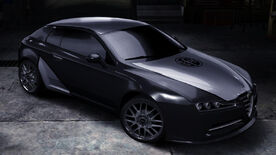 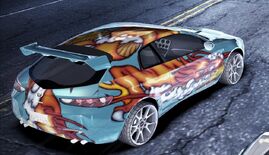 Retrieved from "https://nfs.fandom.com/wiki/Alfa_Romeo_Brera?oldid=138599"
Community content is available under CC-BY-SA unless otherwise noted.