Need for Speed Wiki
Register
Don't have an account?
Sign In
Advertisement
in: Vehicles, Cars, Alfa Romeo,
and 19 more

It was unveiled in June 2015 at the 2015 Frankfurt Motorshow, with a later release window of February 2016, and entered production in November 2015.

The Quadrifoglio was the first trim option in the new Giulia range to be shown - a model range whose name hasn't been used since production of the previous Giulia ended in 1978 - and was showcased fitted with an exclusively developed Ferrari V6 engine based on the F154 V8 engine fitted in the Ferrari 488.

A light alloy construction, including the use of carbon fibre for the roof and bonnet, and mixed with an 'Active Aero Splitter' at the front, which allows the front splitter to change angle by 10o, reduces the overall mass of the Quadrifoglio and keeps the right amount of downforce applied across the body.

The Giulia Quadrifoglio appears in Need for Speed: No Limits as part of a Proving Grounds special event that took place from August 9, 2018 to August 16, 2018. The starting performance rating is 571.

The Giulia Quadrifoglio is a sports class car that requires 25 rare blueprints to unlock. The blueprints required to unlock the vehicle can be found from various sources;

The Giulia Quadrifoglio appears in Need for Speed: Payback following its reveal on May 29, 2018, and was made available as a downloadable add-on with the release of the June Update on June 19, 2018.

It is unlocked for purchase from the drag, drift, race, and runner class dealerships upon purchase and download from the online store. 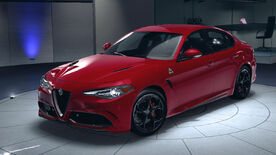 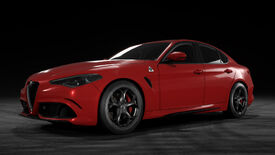 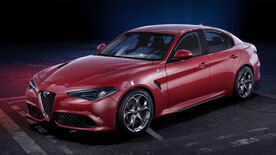 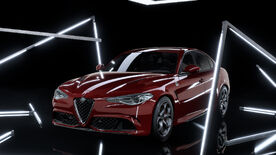