Angie is a character that appears in Need for Speed: Carbon.

Angie is featured as the boss of the 21st Street Crew, a Muscle car crew based in Kempton.

Angie took part in a race in Palmont alongside the player and all other main crew bosses. The race was ambushed by the Palmont Police Department, whom arrested every racer except for the player.

Angie joins Darius' Stacked Deck crew as a member "motivated" to take down the player after all three initial territories are gained by the player. She can be encountered in the Savannah Street circuit race and the Desperation Ridge canyon duel event.

The player must race against Angie, as well as Kenji and Wolf in two race events during the epilogue of the title.

Angie and her Crew 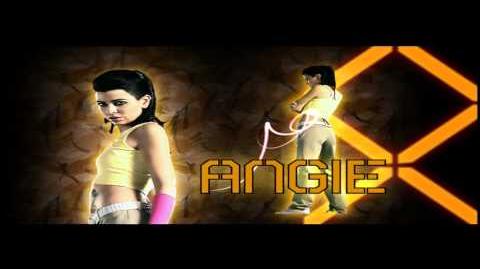 Retrieved from "https://nfs.fandom.com/wiki/Angie?oldid=140521"
Community content is available under CC-BY-SA unless otherwise noted.