Need for Speed Wiki
Register
Don't have an account?
Sign In
Advertisement
in: Vehicles, 2010s, Aston Martin,
and 17 more
English

8-speed Automatic
1,870 kg (4,123 lbs)
Stub - Why not help by expanding this article with relevant information.

The 2017 Aston Martin DB11 is a grand tourer manufactured by Aston Martin since late 2016, after its debut at the Geneva Motor Show in March of the same year.

It is the successor of the DB9, which had been launched in 2004.

The DB11 is Aston Martin's first turbocharged series-production car, being powered by a twin-turbocharged 5.2-litre V12.

The Aston Martin DB11 appears in Need for Speed: Payback as seen in a screenshot posted to Need for Speed's Instagram on June 10, 2016.

It is unlocked for purchase from the drift, drag, and race class dealerships upon completing chapter 4 - Open Skies.

The DB11 '17 appears in Need for Speed: Heat following an article published[1][2] on August 19, 2019, revealing it to be part of the game's official car list, and appears in the NFS: Heat Studio app as a secret car as part of container 8, which was released on October 8, 2019. 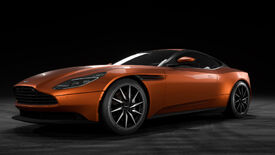 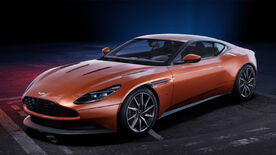 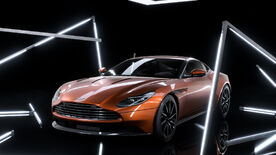