Need for Speed Wiki
Register
Don't have an account?
Sign In
Advertisement
in: Vehicles, 2000s, Aston Martin,
and 28 more
English

The DB9 received few design changes during its production between 2004 to 2016. It was altered with a front facelift, a re-designed interior, and minor exterior changes in 2008.

It was altered again in 2009 with another minor facelift, but was fitted with new clear LED lights and a set of new standard wheels. In 2013, the DB9 saw another facelift and power increase.

The DB9 appears in Need for Speed: Most Wanted.

Handling is its biggest weakness due to its heavy weight as it tends to understeer through corners, making it best utilised in pursuits. However, it can reach a high top speed.

The stock DB9 is unlocked through the Career mode upon the player defeating Blacklist Rival #7: Kira "Kaze" Nakazato.

Upon being unlocked, it can be purchased in the Career mode from a Car Lot for 90,000 cash, and it can be selected for customisation in My Cars.

Ronald "Ronnie" McCrea drives a customised DB9, which is made available as a Bonus car for use in Quick Race or multiplayer after he is defeated in the Career mode. It can not be selected for customisation in My Cars.

It can be added to the player's garage in the Career mode as a possible pink slip reward from one of three mystery Bonus Markers offered after defeating Blacklist Rival #5: Ronald "Ronnie" McCrea.

A custom DB9 offered in the Challenge Series can be driven in two events:

The DB9 appears in Need for Speed: Carbon as a tier 2 exotic class car.

It can beat slower tier 2 cars, but will have issues beating quicker tier 2 cars. It suffers from heavy steering, but comes with respectable acceleration and a high top speed.

The stock DB9 is unlocked for purchase in the Career mode upon the player defeating Wolf in the "Boss Race: Canyon Duel" event in Fortuna.

Wolf's custom DB9 can be unlocked for use in the Career mode, and in Quick Race, by winning its pink slip from the selection of Boss Bonus Cards offered to the player upon defeating him.

The DB9 appears in Need for Speed Carbon: Own the City and is unlocked after Jenna is defeated in the PlayStation Portable release with a price tag of $79,000 or after EX is defeated in the Nintendo DS and Game Boy Advance releases.

The DB9 was added to Need for Speed: ProStreet with the Booster Pack. It possesses a high top speed and responsive handling at the expense of below average acceleration.

The DB9 appears as a tier 2 car in the PC, PlayStation 3, and Xbox 360 releases of Need for Speed: Undercover. It is unlocked upon the player reaching Wheelman Level 9.5 and costs $172,000. It appears in the PlayStation 2 and Wii releases with a price tag of $68,000.

The DB9 is an average performing car and is capable of reaching a top speed of 219 mph (352 km/h) with stock performance and 232 mph (373 km/h) with sufficiently upgraded performance parts.

It appears as a tier 3 car in the PlayStation 2 and Wii releases. It is unlocked after the player defeats Nickel in a Highway Battle. 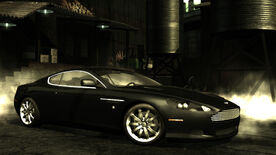 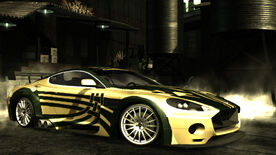 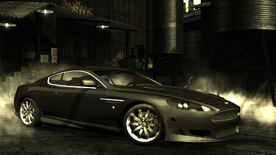 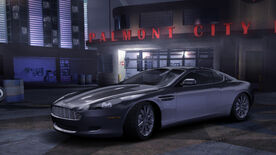 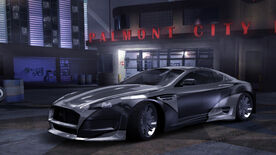 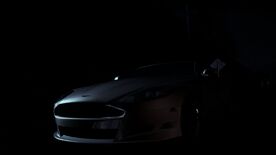 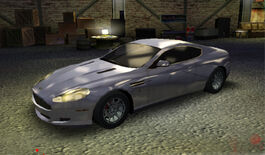 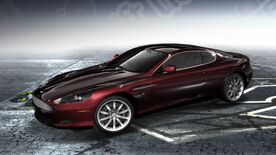 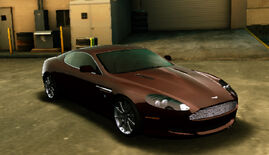 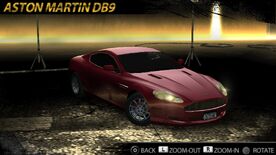 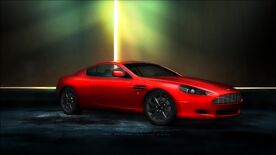 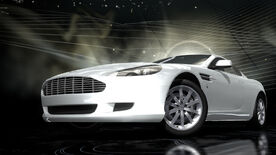