Need for Speed Wiki
Register
Don't have an account?
Sign In
Advertisement
in: Vehicles, 2000s, Aston Martin,
and 19 more
English

The 2005 Aston Martin DBR9 is a GT1 race car manufactured by Aston Martin Racing to compete in the GT1 category.

It is based on the Aston Martin DB9, but uses an aluminum frame with carbon fibre panels as well as a stronger engine.

The DBR9 has been highly successful in numerous motorsport racing series such as the 24 Hours of Le Mans, American Le Mans Series, and FIA GT1 Championship.

The DBR9 appears as part of the downloadable Booster Pack for Need for Speed: ProStreet, and it cannot be modified.

The DBR9 appears in Need for Speed: Shift as a tier 5 car, which is rewarded to the player after they reached driver level 50. It is only playable in Quick Race.

The DBR9 2010 appears in Need for Speed: Edge with an S class performance rating. 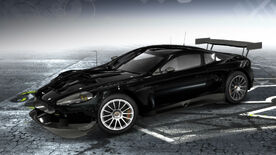 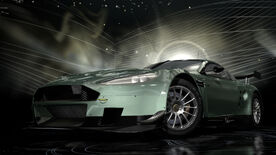 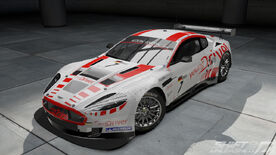 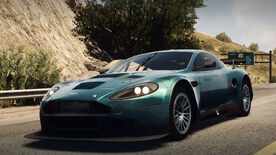 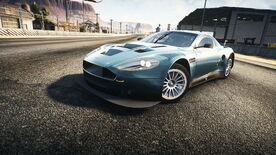