Need for Speed Wiki
Register
Don't have an account?
Sign In
Advertisement
in: Vehicles, Cars, Aston Martin,
and 11 more
English

In 2004, the Vanquish S was available with improved performance. In 2007, it was replaced by the DBS. Unlike the DBS, a convertible version of the Vanquish was never built. The car's appearance in the James Bond movie 'Die Another Day' helped it gain fame worldwide.

The V12 Vanquish is rated as one of the best movie cars like the Aston Martin DB5 from the 1964 James Bond movie Goldfinger.

Similar to the DB7, special edition models of the Vanquish were sold before production ended. Those cars were known as Vanquish S Ultimate Edition models, whose paint was a unique Ultimate Black colour. In addition to that, an upgraded interior and a manual gearbox were equipped.

In 2012, the Vanquish name returned for the replacement of the DBS.

The Aston Martin Vanquish appears in the Gamecube, PC, and Xbox releases of Need for Speed: Hot Pursuit 2 as a class 2 vehicle. It is available to the player upon earning 30,000 NFS points. An NFS edition, with slightly improved performance, is unlocked at 60,000 NFS points.

In the PlayStation 2 release, it is unlocked once the player completes Championship Event 18, and an NFS variant is available at 400,000 NFS points. 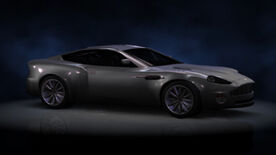 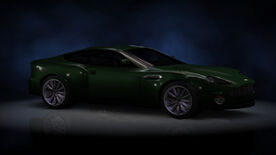 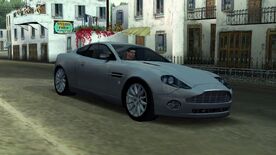 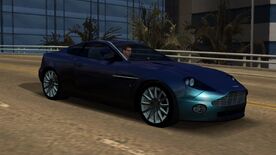