Need for Speed Wiki
Register
Don't have an account?
Sign In
Advertisement
in: Vehicles, Cars, Aston Martin,
and 28 more
English

Carbon-fibre louvres on the bonnet, a new rear diffuser, and a rear wing distinguish the car from other Vantage models.

Production started in 2009 and was originally planned to be limited to 1,000 units. The limit was later lifted and over 1,300 units were produced including a convertible variant and the Zagato-designed V12 Zagato.

The production of the V12 Vantage ended in mid-2013 and the model was replaced by the more powerful and lighter V12 Vantage S later in the year.

The V12 Vantage was made available in Need for Speed: World on September 9, 2011 following the second "Spot the Devs" event.

The V12 Vantage's acceleration and nitrous boost are almost the same as the Aston Martin DBS. It also has great handling attributes due to good grip whilst cornering and a nimble steering. Top speed is 192 mph (309 km/h).

It is fitted with tuned quality Gromlen performance parts, 2-star Skill Mods, and a selection of aftermarket parts. It is the first police variant to feature flashing police lights.

The Aston Martin V12 Vantage appears in Need for Speed: Hot Pursuit (2010) as a Super Series racer vehicle, and as an SCPD Rapid Deployment unit.

Compared to other vehicles within its performance class, the V12 Vantage is clearly lacking in terms of acceleration. However, it is featured with powerful nitrous, very responsive steering, and is capable of performing longer drifts. It is a balanced vehicle for pursuits, being reasonably durable but not the best in class.

The V12 Vantage appears in Need for Speed: The Run as a Exotic class car.

The stock V12 Vantage is unlocked upon the player completing Stage 3 of The Run.

The "Lightweight" Signature Edition V12 Vantage was added as part of update 1.1 for the PlayStation 3 and Xbox 360 releases of Need for Speed: The Run. It is unlocked upon the player beating 10 Solo Objectives in the "Manufacturer Battles" Playlist.

The V12 Vantage appeared in the E3 Reveal trailer of Need for Speed: Most Wanted (2012). It has also been featured in the "Find it, Drive it" gameplay trailer.

It was officially announced as a featured vehicle through Need for Speed's official website on September 30, 2012.

The V12 Vantage is available as a silver starter car, which is classed as a Sports car. The player must use it to reach the Jack Spot of a yellow Porsche 911 Carrera S (991). In multiplayer, it is unlocked upon reaching SpeedLevel 22.

In terms of acceleration, the V12 Vantage is one of the fastest rear-wheel drive Sports cars. The Marussia B2 is nearly identical in this field but has a higher top speed.

The handling is easily managable, making it a useful starter car. However, the Alfa Romeo 4C Concept and the Porsche 911 Carrera S are capable of cornering faster.

The Aston Martin V12 Vantage appears in the mobile release of Need for Speed: Most Wanted (2012) under the alias of "GU1LTY".

It is the #6 Most Wanted vehicle in the game and can be purchased after defeating it in the event - "Full English."

The V12 Vantage appears in Need for Speed: Hot Pursuit Remastered as a car tier 3 vehicle available to cops and racers.

It lacks in terms of acceleration but has a powerful nitrous boost, very responsive steering, and is capable of holding long drifts. It is a balanced vehicle for Hot Pursuits, being reasonably durable but not the most robust in its tier.

The V12 Vantage is a Super Series racer unlocked upon earning 645,000 racer bounty. 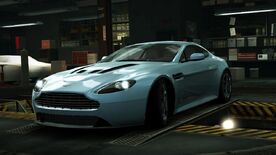 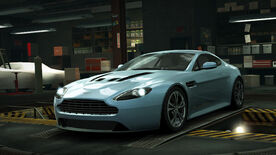 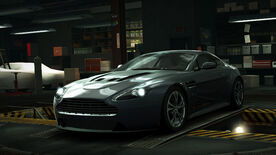 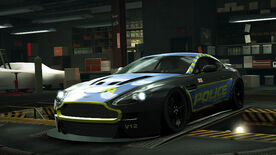 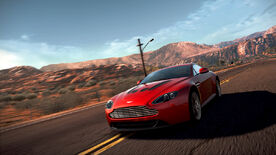 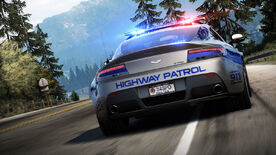 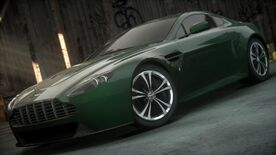 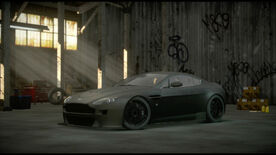 Need for Speed: The Run
("Lightweight") 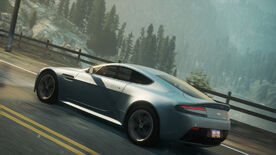 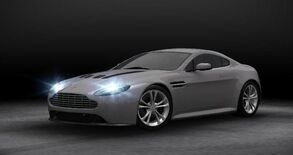