Need for Speed Wiki
Register
Don't have an account?
Sign In
Advertisement
in: Vehicles, 2010s, Aston Martin,
and 18 more
English

Limited to 24 units, production of the Vulcan began in 2015 following its reveal at the 2015 Geneva Motor Show, and has an intent focus on track performance.

It has a carbon fibre body on top of an aluminium chassis which holds the 7.0-litre V12. Fitted with carbon ceramic brakes, a limited slip differential, and a kerb weight of 1,350 kg; the track focus becomes a foremost aspect of the Vulcan.

As only 24 units will be produced, the limited edition Vulcan has a price tag of $2.3 million, but owners will be able to keep their car even though its attendance at track days must be approved by Aston Martin before hand.

The Vulcan appears in Need for Speed: No Limits as part of the Winter Breakout update in the "Speed Breakers" event that took place from December 22, 2019 to December 31, 2019.

The Vulcan is a hyper class car that requires 60 legendary blueprints to unlock. The blueprints required to unlock the vehicle can be found from various sources:

The Vulcan appears in Need for Speed: Payback following a Build of the Week article published on the official Need for Speed website[1] on September 1, 2017.

It is unlocked for purchase from the drag, drift, and race class dealerships upon completing four questlines in chapter 5 - High Stakes.

The Vulcan '16 appears in Need for Speed: Heat following an article published[2][3] on August 19, 2019, revealing it to be part of the game's official car list, and appears in the NFS: Heat Studio app as part of container 10, which was released on October 22, 2019. 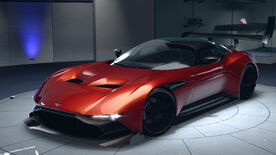 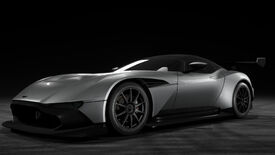 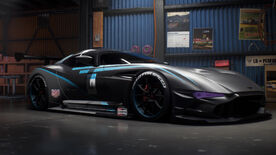 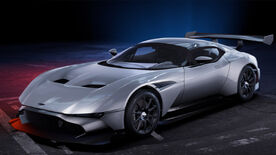 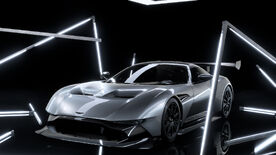