Need for Speed Wiki
Register
Don't have an account?
Sign In
Advertisement
in: Vehicles, 2010s, Audi,
and 17 more
English

6-speed Manual
1,390 kg (3,064 lbs)
The 2011 Audi A1 clubsport quattro is a high-performance concept car that was unveiled at the 2011 Wörthersee Volkswagen and Audi Meeting.

It is based on the Audi A1 and is powered by a modified 2.5 litre 5-cylinder engine from the Audi RS 3 and the Audi TT RS. Like most sports cars today, the clubsport quattro has a lightweight construction.

The A1 clubsport quattro influenced the exterior design of the 2012 Audi A1 2.0 TFSI model.

Between its release and June 4, 2011, a free 24 hour rental code was released to celebrate Need for Speed: World reaching 30 million registered users. Since August 22, 2012, it has been featured as a B class vehicle.

The A1 clubsport quattro can keep up with any B class car, because of decent acceleration and a strong nitrous boost. It is also nimbler than the Audi TT RS and other B Class Audis - players can master consecutive corners without losing too much speed. Top speed is 181 mph (291 km/h).

The "Speed" style is a speedboost car that costs

It is fitted with tuned quality Amerikon Speedsystems performance tuned, 2-star Skill Mods, a selection of aftermarket parts, and a special livery designed in cooperation with Audi.

The A1 clubsport quattro was revealed to be featured in Need for Speed: Most Wanted (2012) with the release of a screenshot on the official website.

The image did not relate to an article for the vehicle but rather to display the iOS, Android, and PlayStation Vita releases of the title. It was also featured in the Get Wanted trailer released on September 25, 2012.

The A1 clubsport quattro appears as an Everyday class vehicle. It can be found in various Jack Spots in single player and is available in multiplayer upon reaching SpeedLevel 24.

The A1 clubsport quattro is significantly more powerful than the entire Everyday car class. Its acceleration is on par with Sports cars such as the Marussia B2. The top speed of the car is among the best within its class but lacks to cars from other classes and requires the Long Gears mod to become more useful. Its handling, owing to AWD, is responsive and effective on non-tarmac surfaces.

Despite its small size, the A1 can also sustain damage in pursuits well.

The Audi A1 clubsport quattro is available in the mobile release of Need for Speed: Most Wanted (2012) as an Everyday class vehicle. It has the highest stats in its category but costs $200,000 to add to the garage.

The A1 clubsport quattro Concept 2011 appears in Need for Speed: Edge. 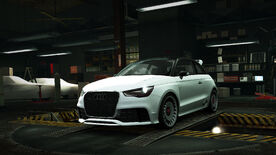 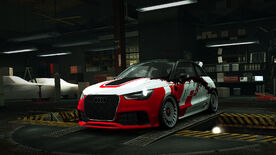 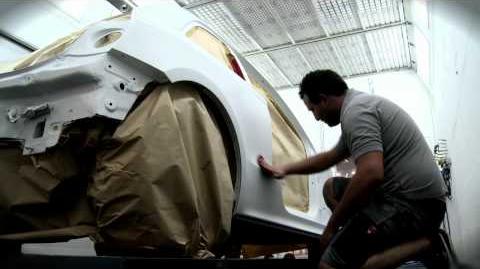 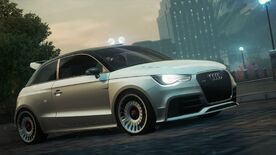 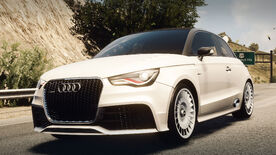