The A3 3.2 quattro was one of the most powerful models of the 8P generation Audi A3 lineup, as it was available with a 3.2 litre VR6 engine that was developed for high-performance compacts and full-size models within Volkswagen Group.

The Audi A3 3.2 quattro appears in Need for Speed: Underground 2, and is unlocked upon completing the seventh URL race during Stage 3.

The Audi A3 has outstanding acceleration, and high top speed, but is highly prone to understeer in corners. This car is more suited to tracks with few curves due to its handling.

The Audi A3 3.2 quattro appears in Need for Speed: Most Wanted, and is unlocked upon defeating the Blacklist racer #15 Sonny. It is purchasable for 32,000 cash.

It is useful for race events due to good stats across the board and suitable for Junkman parts. Due to it being slightly heavy, the Audi A3 also performs well in pursuits.

When fully upgraded, it can go up to 233 mph (375 km/h), a low top speed for a fully upgraded car. The Audi A4 3.2 FSI quattro is capable of reaching a higher top speed, but it has worse handling. 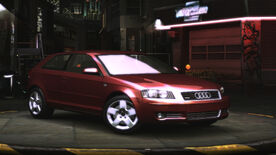 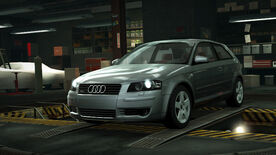 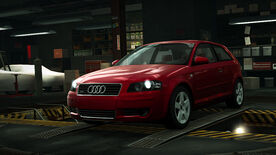