Need for Speed Wiki
Register
Don't have an account?
Sign In
Advertisement
in: Vehicles, 2010s, Audi,
and 12 more

7-speed Automatic
1,670 kg (3,682 lbs)
The 2019 Audi R8 V10 Performance Coupé is a high-performance sports car manufactured by Audi and was introduced as a replacement for the second generation R8 V10 Plus.

Taking up the mantle of the Plus, the Performance is a redesigned and improved trim for the R8, and the fastest offered for its second generation production run.

It is equipped with the same 5.2 V10 as the previous trim, but its power is increased by 10 horsepower, and is 0.1 seconds quicker to 60 mph from a standstill.

As part of the new trim level, the body was redesigned with a front bumper incorporating similar winglets fitted to the Huracán either side of inlets fashioned after the quattro, and a single rear grille fills most of the rear bumper above a more aggressive diffuser.

The R8 V10 Performance '19 appears in Need for Speed: Heat following an article published[1][2] on August 19, 2019, revealing it to be part of the game's official car list, and appears in the NFS: Heat Studio app as a secret car that's part of container 2, which was released on August 27, 2019. 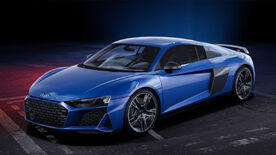 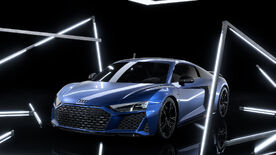