Need for Speed Wiki
Register
Don't have an account?
Sign In
Advertisement
in: Vehicles, 2010s, Audi,
and 16 more

7-speed Automatic
1,650 kg (3,638 lbs)
Stub - Why not help by expanding this article with relevant information.

The 2012 Audi RS 3 Sportback is a high-performance trim of the Audi A3. It had a limited production run between 2011 to 2012 and was available exclusively in estate form.

The RS 3's turbocharged 2.5L inline-five engine was sourced from the Audi TT RS, which was priced higher than the RS 3.

Unlike the TT RS, no manual option was provided with a 7-speed S-tronic twin-clutch automatic transmission being standard across the board. A total of 750 units were produced.

The RS 3 Sportback appears in Need for Speed: Most Wanted (2012) as an Everyday class vehicle included in the downloadable Terminal Velocity Pack for the PC, PlayStation 3, and Xbox 360 releases.

Purchasing the Terminal Velocity Pack will immediately unlock the RS 3 within single player. It is unlocked in multiplayer upon the player completing 18 SpeedList events in Everyday class cars.

The RS 3 Sportback is a powerful Everyday class car that performs similarly to the A1 clubsport quattro, having high top speed and excellent off-road capabilities. However, its heavier mass comes at the cost of acceleration, which is average for its class.

The RS 3 Sportback 2012 appears in Need for Speed: Edge with an A class performance rating. 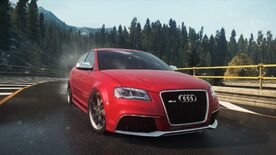 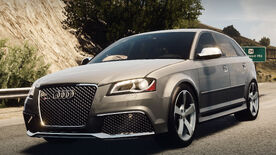 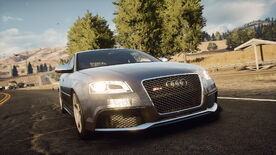