The Audi RS 4 (B7) is a high performance all-wheel drive variant of the Audi A4 that replaced the RS 2 after it ended production in 1999.

The B7 RS 4 is equipped with a 420bhp 4.2L FSI V8 engine, which is coupled with a Getrag-developed 6-speed manual gearbox.

The model was available as a 4-door saloon, a 2-door cabriolet, and a 5-door estate (Avant).

The RS4 B7 lapped around the Nürburgring Nordschleife with a time of 8:09.00. It was 4 seconds slower than the E92 M3 but 4 seconds faster than the Mercedes-Benz C63 AMG.

The Audi RS4 first appears in Need for Speed: ProStreet as a tier 2 vehicle with a $66,000 price tag. It is only available in the Collector's Edition release.

It has better traction than the BMW M3 E92 and better acceleration than the Cadillac CTS-V. It is best utilised in Grip events.

The Audi RS4 appears in Need for Speed: Undercover as a tier 2 vehicle with a $185,000 price tag. It is unlocked upon reaching Wheelman Level 9.5.

It is one of the slowest cars in terms of acceleration and has a top speed of 209 mph (336 km/h), which might be lacking compared to other tier 2 cars.

The RS4 has strong acceleration and an effective nitrous boost and high top speed than the Audi TT RS, making it suited for Drag events. It suffers from severe understeer that can ruin its competitiveness in races against other vehicles such as the Audi A1 Clubsport quattro. It is very useful in Pursuit Outrun due to its weight. Top speed is 159 mph (256 km/h).

It is praised for its driving stability and acceleration. The RS4 is capable of a 14.00 rating in Need for Speed: Shift through upgrades and is capable of reaching 214 mph (345 km/h).

The Audi RS 4 appears in Need for Speed: The Run as a tier 3 vehicle. It is available from the beginning of the game and is used by Jack as part of his escape from the Junkyard in Stage 1.

It is one of the fastest tier 3 cars because of a good acceleration and a high top speed of 180 mph (290 km/h). It has a "normal" handling rating.

The NFS Edition Audi RS4 is unlocked upon the player completing Stage 8 of The Run.

The NFS Edition RS 4 doesn't have any exterior modifications compared to the standard RS 4, but is capable of reaching 191 mph (307 km/h) and delivering 730 bhp at 7,800 rpm. It has a "normal" handling rating, too. 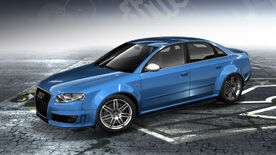 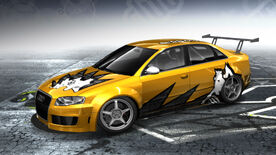 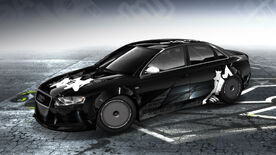 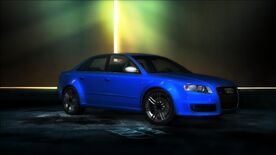 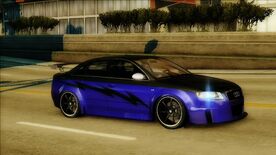 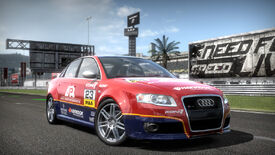 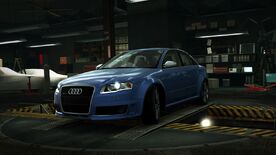 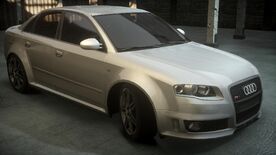 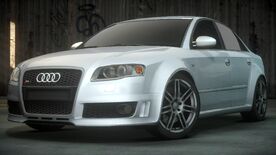 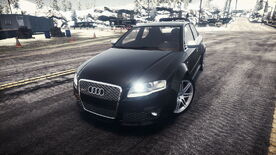 Retrieved from "https://nfs.fandom.com/wiki/Audi_RS_4?oldid=138640"
Community content is available under CC-BY-SA unless otherwise noted.