Need for Speed Wiki
Register
Don't have an account?
Sign In
Advertisement
in: Vehicles, Cars, Hatchback,
and 14 more

The engine of the vehicle is a 2.0L TFSI inline-four powerplant. The exterior of the S3 differs from standard A3 models with aggressively styled bumpers and 18-inch alloy wheels.

The S3 appears in Need for Speed: ProStreet as a tier 2 vehicle with a $36,000 price tag. It is unlocked upon dominating the Showdown: Chicago race day.

With a modest acceleration and good handling, the S3 is a decent tier 2 vehicle. It is best utilised in Grip events although it's commonly found in Drag events.

The S3 appears in Need for Speed: Shift as an unlocked tier 1 vehicle with a $30,000 price tag, and a 4.10 car rating. It can be modified with a Works Conversion upgrade.

In corners, the S3 rarely loses traction and responds well to steering inputs of the player. It is a better handling car than the Audi S4 and other heavier class rivals. The S3 has enough power to compete against similar opponents but might be lacking during later stages of the career mode. 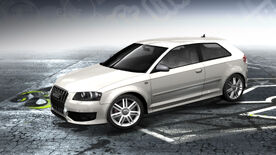 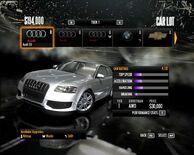 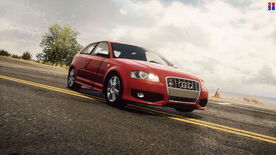