The S5 is the second fastest car in the Audi A5 model range, placed below the RS 5. The original S5 is powered by a 4.2L FSI V8 engine producing 349 bhp.

The Audi S5 appears in Need for Speed: Undercover as a tier 2 car with a $161,000 price tag. It is unlocked upon reaching Wheelman Level 9.5.

The S5 has powerful acceleration, which is stronger than that of the Audi TT RS. Compared to other C class cars, the S5 has a poor handling due to understeer. Its nitrous boost is mediocre. Top speed is 155 mph (250 km/h).

The S5 is best utilised in Pursuit Outrun and Team Escape. It is competitive in Drag events as well. 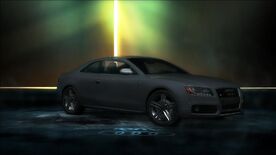 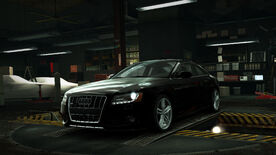 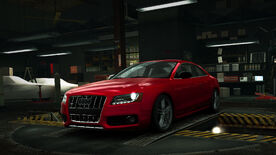 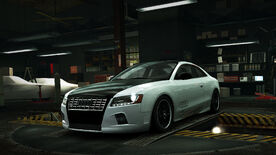