Need for Speed Wiki
Register
Don't have an account?
Sign In
Advertisement
in: Vehicles, 2010s, Audi,
and 16 more

It is part of the second generation model line following on from the Audi S5 (B8) that had been in production since 2007.

Fitted with a 3-litre V6 engine, the S5 has direct injection as well as a twin-scroll turbocharger to reduce both weight and cost. The turbocharger is mounted within the engine and as a result has reduced response times.

The Audi S5 Sportback appears in Need for Speed: Payback following its appearance during the game's reveal trailer, in which the car's interior can be briefly seen with Jess in the driver's seat.

It was later revealed during a developer interview with PlayStation Live at E3 2017 alongside the Buick Regal GNX.

It is unlocked for purchase from the drift, race, and runner class dealerships upon completing three questlines in chapter 3 - City Lights.

The S5 Sportback appears in Need for Speed: Heat following an article published[1][2] on August 19, 2019, revealing it to be part of the game's official car list, and appears in the NFS: Heat Studio app as part of container 1, which was included with the release of the app. 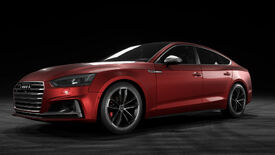 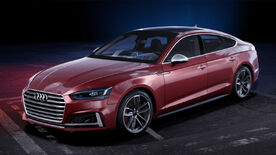 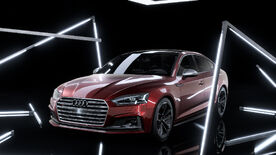