Need for Speed Wiki
Register
Don't have an account?
Sign In
Advertisement
in: Vehicles, 2000s, Audi,
and 15 more

The new Audi TT was produced from 2006 to 2010, having adopted the new grille style from other models, and was available with a 3.2L V6 engine until 2010. The 8J received an RS variant with a turbocharged inline-five engine in 2009.

The TT 3.2 quattro appears in the PC, PlayStation 3, and Xbox 360 releases of Need for Speed: ProStreet as a tier 2 vehicle with a price tag of $45,000. It is unlocked after dominating the Super Promotion Showdown: Chicago raceday.

Compared to the Audi S3 and Audi S4, the TT 3.2 quattro has the highest top speed. Acceleration is above average thanks to its all-wheel drive system although it's not as good as that of the S4 and other cars with stronger powertrains. The TT has a lot of grip and is controllable at high speeds.

The Audi TT is mainly suitable for Grip. It also performs well in earlier Speed Challenges.

The TT 3.2 quattro appears in Need for Speed: Undercover with a price tag of $79,000. The TT is classed as a tier 3 car and therefore unlocked upon completing the Job Nick of Time.

The Audi TT's top speed of 201 mph (324 km/h) is an average figure for a tier 3 car. It handles exceptionally well in corners and has a quick acceleration. However, transmission upgrades will worsen the acceleration of the car.

The TT 3.2 quattro appears in Need for Speed: Shift as a tier 1 car. It is unlocked by default and purchasable for $45,000 with a performance rating of 4.70. Players can apply a Works upgrade on the car.

It gets a significant boost in power when Works upgraded, which may destabilise the handling. The problem can be fixed by tweaking the tyre pressure and suspension setup.

The TT is featured in Shift 2: Unleashed with a D 460 performance index rating and 3.27 handling rating. It is classed as a Modern Road vehicle and can be purchased for $22,100.

The Audi TT is one of the best starter cars. The quattro AWD system provides a grippy and responsive handling. With its quick acceleration, it can keep up with higher rated vehicles. The player can also hit a high maximum speed with the TT.

The TT Coupé 2007 appears in Need for Speed: Edge with an A class performance rating. 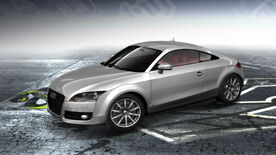 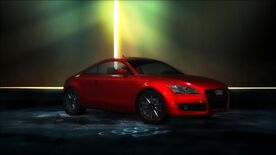 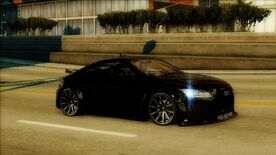 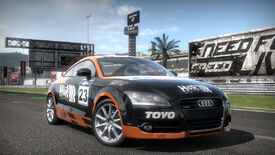 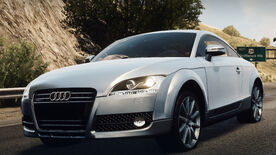 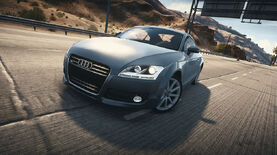