In 2012, the TT RS received a minor upgrade variant known as the TT RS Plus with an upgraded version of the turbocharged 2.5L inline-5 engine. The TT RS (8J) was discontinued in 2014, along with the rest of the 8J generation Audi TT variants, and was succeeded by the 8S generation Audi TT RS in 2016.

Stub - This article section needs expanding with relevant information.
The Audi TT RS appears as a class A car in Need for Speed: Nitro. It is rated 4 in speed; 3 in both acceleration and strength; and 2 in both handling and drifting.

A TT RS with a unique livery can be unlocked as a Collectable Car for use in both Arcade Mode and Career Mode, once the player finishes the Gold Cup Grand Prix in 3rd place.

The acceleration of the TT RS is among the best compared to the rest of the C class. It does however come at the expense of a unresponsive handling, which is due to the heavy mass of the vehicle. The car has a good nitrous boost and can reach a top speed of 160 mph (258 km/h).

The Vesna style is an art director car that costs

It is fitted with tuned quality Amerikon Speedsystems performance parts, 2-star Skill Mods, and a selection of aftermarket parts.

The livery was designed by Illustration Artist Danny Lee.

The Audi TT RS appears in Need for Speed: Hot Pursuit (2010) as an Performance Series racer vehicle, and as an SCPD Highway patrol unit.

The TT RS has a top speed of 185 mph (298 km/h). It accelerates faster than most Performance class cars such as the Maserati GranTurismo S and is capable of exiting corners quickly. Its handling is perfectly suitable for short drifting manoeuvres. 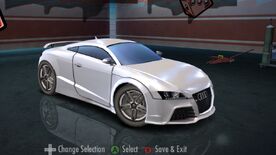 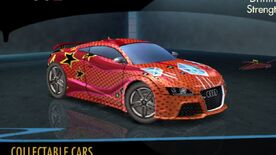 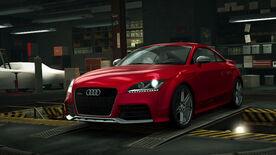 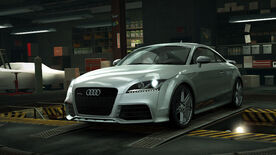 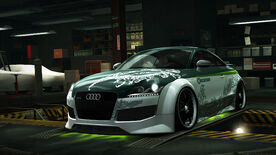 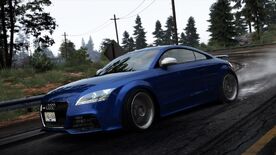 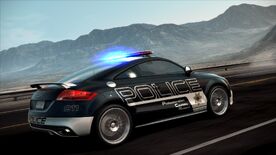