Need for Speed Wiki
Register
Don't have an account?
Sign In
Advertisement
in: Vehicles, 2000s, BMW,
and 30 more

The 2001 BMW M3 GTR GT (E46) is a race car developed by BMW based on their M3 E46. It competed during the 2001 racing season under both the BMW Motorsport and Team Schnitzer teams, with the car being entered in the GT class of The American Le Mans Championship and the European Le Mans Series.[1][2][3]

It was originally fitted with a 3.2L inline-six engine based on the engine of the standard E46 M3. The car first entered the GT class of the American Le Mans Series in 2000, in which it only took a single victory and was beaten on several occasions by the Porsche 911 GT3-R.

A newly developed P60B40 V8 engine was quickly placed into the race car before the beginning of the racing 2001 season. It was developed alongside the BMW V10 engine that was used to power Williams Formula 1 cars during the 2001 F1 season. The old engine was ditched as BMW's engineers couldn't squeeze any more horsepower out of it.

The new engine gave the BMW M3 GTR a competitive edge over the Porsche 911 GT3-R and allowed the M3 GTR to win seven out of the ten events in the GT category in the 2001 season. Porsche claimed during the 2001 ALMS season that BMW had violated the ALMS entry rules and the spirit of Gran Turismo. This was based on the fact that the V8 engine in the M3 GTR was not available in any road legal BMW M3.

BMW produced 10 road going GTR models for sale after the 2001 ALMS season ended as the rules required that the entered cars must be placed on sale on two continents within twelve months of the season beginning. The ALMS rules were changed for the GT class heading into the 2002 season, and required that at least 100 units as well as 1,000 engines be built for a car to qualify. The revised rules forced BMW to pull the M3 GTR from the following American Le Mans Series season.

However, it made its return to motorsport when the BMW-backed Schnitzer Motorsport team entered two M3 GTRs for the 2003 24 Hours of Nürburgring endurance race. The M3 GTR participated in the race for the following two years and scored a 1-2 victory for the team in 2004 and 2005.

The BMW M3 GTR appears in Need for Speed: Most Wanted and is available from the beginning of the career mode.

The career partially revolves around the M3 GTR as it is the player's car at the beginning of the game until it is sabotaged. The car will be returned to the player after defeating Blacklist racer #1 - Razor - which also unlocks it for Quick Race play.

It has strong handling, acceleration and top speed capabilities, however, it receives a mediocre speed boost from its nitrous injection.

The player's personal M3 GTR is made available during the Career prologue, but is unlocked in the Career mode upon the player defeating Blacklist Rival #1: Clarence "Razor" Callahan, and fleeing Rockport to escape Sergeant Cross' pursuit.

Upon being unlocked, it is added to the player's garage in Career mode, and is also made available as a Bonus car for use in Quick Race or multiplayer. It can not be selected for customisation in My Cars.

The BMW M3 GTR appears in Need for Speed: Most Wanted 5-1-0 and is unlocked upon defeating Blacklist Racer #1 - Clarence "Razor" Callahan. It comes with a unique livery not featured in other releases meaning visual customisation and performance upgrade options are not available for the car.

The M3 GTR has the most powerful acceleration of all the cars in the game along with a high top speed and handling rating.

The M3 GTR appears in Need for Speed: Carbon as a tier 3 exotic class car.

The start of the Career mode sees the player attempting to escape from Cross through one of the canyon routes. Before they can reach Palmont City, they drive into a construction area at the base of the canyon, and total the M3 GTR.

It has a lower top speed and worse acceleration than other tier 3 exotic cars, but makes up for it with great handling.

The custom M3 GTR is unlocked for use in Quick Race upon the player completing the "BMW M3 GTR" Reward Card:

The BMW M3 GTR appeared in the closed alpha release of Need for Speed: World. In beta builds of the game, the vehicle was replaced with a custom BMW M3 (E46) featuring a body kit and spoiler that resemble the BMW M3 GTR.

The files for the BMW M3 GTR were later re-added near the end of 2010, and could be found in the directory of the game, but Its mesh and texture files were removed in later builds of the game.

The M3 GTR appears in Need for Speed: Most Wanted (2012) as a Race class vehicle included in the Need for Speed Heroes Pack for the PC, PlayStation 3, and Xbox 360.

Purchasing the Need for Speed Heroes Pack will unlock a Most Wanted racer within single player that will reward the player with the M3 GTR upon completion. It is unlocked in multiplayer upon the player completing 24 SpeedList events in Sports cars.

The M3 GTR appears as an Exotic class car in the iOS and Android releases. It is unlocked and given to the player for free upon completing the #1 Most Wanted event. Its best trait is depicted as acceleration, although speed and handling are also rated high.

The M3 GTR appears in Need for Speed: No Limits as part of 3.2.2 update and featured in the "Need for Speed: Urban Legend" special event that took place from December 12, 2018 to December 19, 2018. The starting performance rating is 518.

The stock M3 GTR is a classic sports class car that requires 40 legendary blueprints to unlock. The blueprints required to unlock the vehicle can be found from various sources;

Its appearance is foreshadowed during the cutscene at the end of the mission "Follow The Law", a dark blue M3 GTR can be seen on the back of a flatbed truck in the Task Force's chop shop. As the player and Ana sneak around the chop shop, two officers can be overheard recounting how they acquired it; "You should've seen his face last night when I loaded it on the truck, thought he was gonna cry", to which another replies, "Ah, Frank would've loved that".

It is later driven by Frank Mercer during the mission "Breaking The Law", in which he attempts to flee from the Palm City Police Department discovering his Task Force's shipment of cars. As the player and Ana's chase down Mercer, Lucas remarks that the PCPD will never be able to catch him and police chatter acknowledges that they've lost him whilst apprehending members of his Task Force. 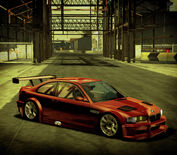 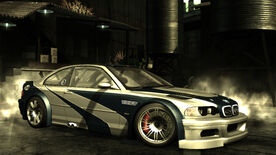 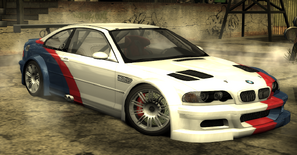 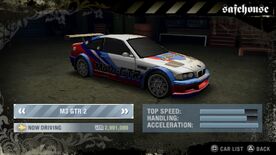 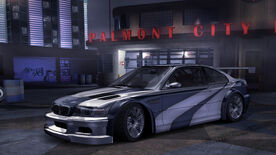 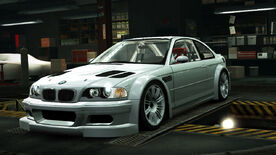 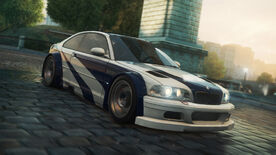 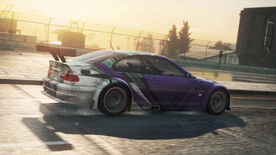 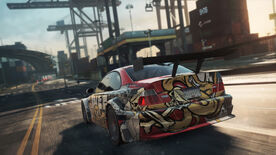 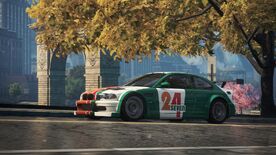 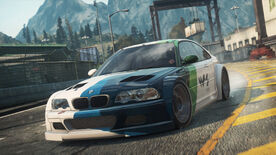 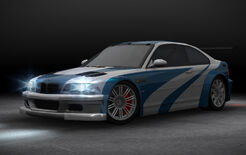 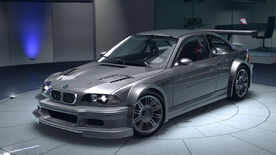 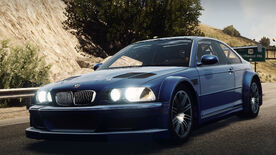 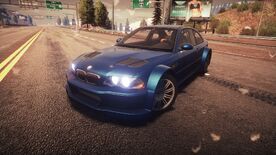 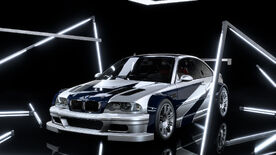