Thanks to the extensive use of lightweight materials such as polycarbonate and the sacrifice of luxury goods, the GTS ran over 35 seconds faster than the standard version at the Nordschleife. The M3 GTS had a limited production run of 250 units.

The M3 GTS is a competitive A class car, due to its powerful nitrous boost and quick acceleration. Because of a balanced weight distribution, the M3 GTS has a lot of traction and good steering responsiveness. Its stock top speed is 189 mph (305 km/h).

The BMW M3 GTS is vastly superior to the BMW M3 E92 in terms of performance and is competitive in every game mode, considering its performance is up to par with the fastest cars in the game. However, it lacks power compared to the BMW M1 Procar.

The BMW M3 GTS appears in Need for Speed: The Run as a tier 4 vehicle. It is available from the beginning.

The M3 GTS has an "easy" handling rating, average acceleration times, and an impressive top speed.

The Jack signature edition is a tier 4 car available from the beginning, and has the same performance traits as the stock tier 4 GTS, but has a matte dark grey body colour.

The Most Wanted edition is a tier 4 car available with the Heroes and Villains Pack, and has the same performance traits as the stock tier 4 GTS, but has a livery based on the BMW M3 GTR GT (E46) featured in Need for Speed: Most Wanted.

The M3 GTS appears in Need for Speed: Rivals as a racer vehicle.

It is unlocked for the racer faction upon the player completing any of the SpeedLists offered at rank 3. Once unlocked, it can be purchased for 37,500 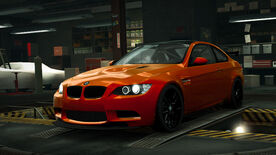 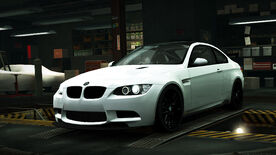 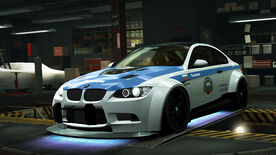 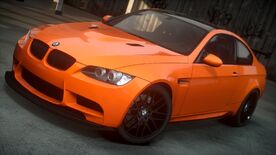 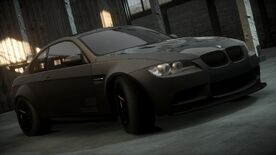 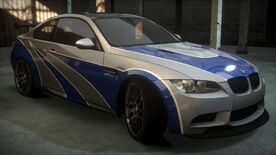 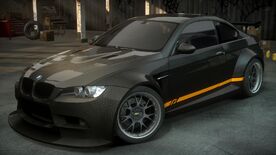 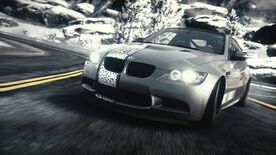