It received a 2.5 litre version of the S14 engine, as well as a slightly reworked body and chassis. Red bumper stripes were applied to further distinguish it from other models.

The M3 (E30) was originally intended as a limited homologation model for the historic Group A racing class, as it received extensive performance upgrades such as heavily revised body work. It soon became a standard production model sports car between 1986 and 1991 by BMW's motorsport division after becoming highly sought-after.

The model spawned a series of 'Evolution' homologation models to meet new racing regulations, with the Sport Evolution designed as a homologation special for the 1990 DTM car.

The M3 Sport Evolution has a low weight, which allows it to gain several performance advantages. Braking is redundant in most corners, as the M3's steering has a good precision. Acceleration is slightly above average for B class. Top speed is 188 mph (302 km/h).

It is one of the best B class cars for racing due to its well-rounded performance. Unlike the Lotus Elise, it lacks a very direct steering although this is compensated by an extremely powerful nitrous boost. Players can successfully compete with mid-ranged A class cars once they fit the car with Pro or Ultra series parts.

The Brezeln style is a holiday themed cars that costs

It is fitted with Gromlen tuned Race quality performance parts, 2-star Skill Mods, and a selection of aftermarket parts.

The M3 Sport Evolution has an incredible handling and a fairly high top speed. It lacks power compared to cars with more displacement but is still capable of keeping up with them.

The M3 Sport Evolution appears in Need for Speed: The Run.

The tier 1 stock M3 Sport Evolution has a "very difficult" handling rating, and is unlocked upon beating ten objectives in the Underground playlist.

It is one of the fastest cars the players can choose. It is a powerful competitor in the fields of acceleration and top speed. The M3 is more controllable than its American rivals but is less effective in corners than other cars such as the Audi Quattro 20 V.

It is a balanced and competitive tier 4 car overall.

It has sufficient performance statistics and is able to beat most tier 5 cars, however, it feels lacking when put against cars with Supercar classification. 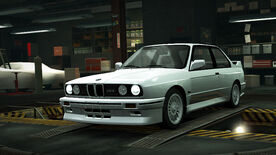 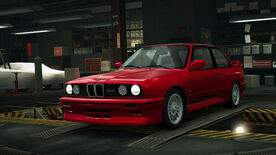 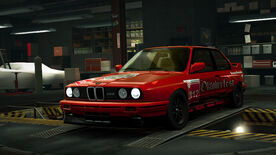 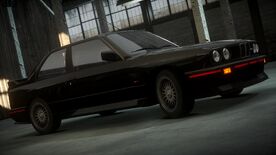 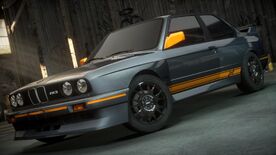 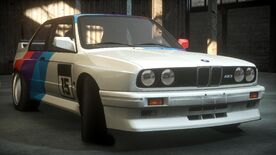 Need for Speed: The Run
(Tier 5 - Victory)
Retrieved from "https://nfs.fandom.com/wiki/BMW_M3_Sport_Evolution_(Evo_III)_(E30)?oldid=138685"
Community content is available under CC-BY-SA unless otherwise noted.