Need for Speed Wiki
Register
Don't have an account?
Sign In
Advertisement
in: Vehicles, Cars, BMW,
and 17 more

It was initially showcased by BMW as a concept car in 2015 at the Pebble Beach Concours d'Elegance, and was released in 2016 with a limited production run of 700 units.

Equipped with the same 3-litre twin-turbo straight-six as the normal M4, the GTS is fitted with a unique water injection system that provides an additional 68 bhp and 37 lb-ft of torque.

Being 27 kg (60 lb) lighter than the regular M4 (F82) and having a DCT transmission, the top speed has been increased and the 0 to 60 mph time reduced.

The M4 GTS appears in Need for Speed: Payback following its appearance in the reveal trailer released on June 2, 2017.

It is unlocked for purchase from the drift, drag, race, and runner class dealerships upon completing three questlines in chapter 4 - Open Skies.

95,500 upon the player earning a 3-star rating for all Drift Zones.

It has a customisation rating of two and has "Icon Car" status, meaning it has limited body customisation options but can be equipped with performance parts. 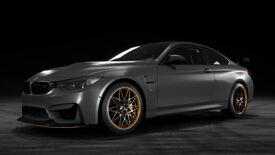 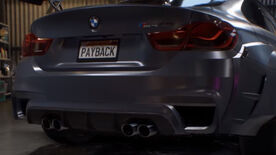 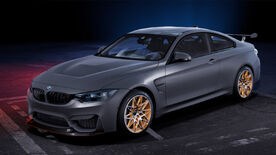 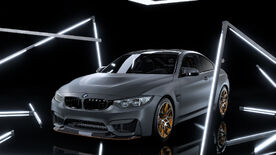