The BMW M6 is a slowly accelerating car with a noticeable understeer. This can be a major issue on long straights or tight corners, but these flaws are made up by amazing durability, insanely powerful nitrous boost, and the highest top speed of all Super Series cars. These traits make it highly useful in pursuits, which can be used to ram police cars with relative ease, and sustain high amounts of damage. 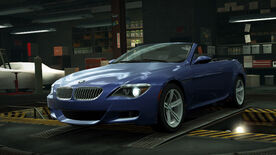 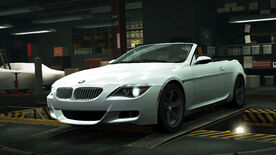 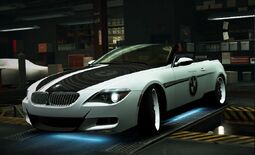 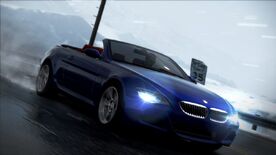