Need for Speed Wiki
Register
Don't have an account?
Sign In
Advertisement
in: Vehicles, 2010s, BMW,
and 12 more

With the introduction of a complete revamp of the S1000RR, it was revealed at the Milan Motorcycle Shows (EICMA) in November 2018, following a leak of its specifications in late October 2018 and spy shots of its redesigned body in 2017. It went on sale in June 2019 and was quickly met with an overly high demand for orders.

Fitted with a new inline-4 engine, that produces more horsepower and torque than the previous generation alongside being lighter, produces 207 bhp and 83 lb⋅ft of torque. The improved engine is married to a lighter chassis fitted with aluminium perimeter frames, and a longer wheelbase of an additional 9 mm coupled with an inverted telescopic fork front suspension, improves its handling at high speed.

The S1000RR appears in Need for Speed: Heat, driven by officer Torres of the Palm City Police Department. It was revealed to be featured in Need for Speed: Heat with multiple early gameplay videos released on October 15, 2019, in which it is ridden by Torres arriving at the scene of a cover up for the High-Speed Task Force.[1]

Various elements of the S1000RR can be found in the game files of Need for Speed: Heat, indicating that it was cut during development from being a player drivable vehicle.[2][3][4] 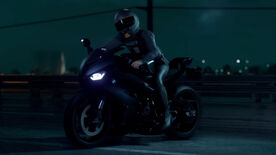 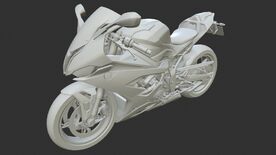