Need for Speed Wiki
Register
Don't have an account?
Sign In
Advertisement
in: Vehicles, 2010s, BMW,
and 17 more

It was revealed at the 2014 Paris Motor Show before going on sale later that year. Alterations to the second generation include a new eight-speed gearbox that quickly shifts through gears to make sure that power is always at hand.

Compared to the next most powerful trim, the xDrive50i, the M produces over 100 more horsepower and over 70 more torque.

The X6 M appears in Need for Speed: Payback following its appearance in the reveal trailer[1] on June 2, 2017 as a vehicle used by The House, and was later shown as a player vehicle in an off-road race gameplay video[2] released on August 30, 2017.

It is unlocked for purchase from the off-road, race, and runner class dealerships upon completing one questline in chapter 4 - Open Skies.

A modified enforcer is used by The House to pursue their targets. 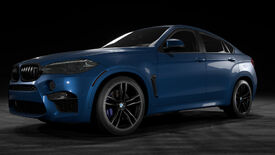 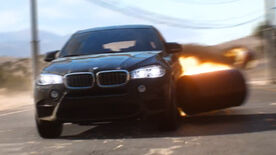 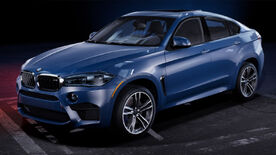 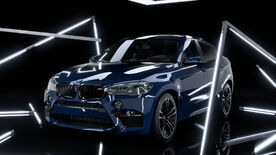