Need for Speed Wiki
Register
Don't have an account?
Sign In
Advertisement
in: Vehicles, 2010s, BMW,
and 14 more

Revealed at the Concours d’Elegance event in Pebble Beach, California on August 23, 2018, the M40i was the first of the fifth generation (G29) model range of the Z4 to be publicly shown, and replaced the previous generation's (E89) high performance trim level; the sDrive35is.

With a sportier outlook than the previous generation, it is fitted with an 8-speed automatic transmission - controlled by either a paddle shifter or a gear-selector - feeding power from a twin-turbocharged 3-litre inline-six to the rear wheels through a limited slip differential, and controlled by adaptive dampers alongside an M40i specific brake package.

The sportier and lighter overall kerb weight is helped by a change from a hard top to a folding fabric roof, as well as a shorter wheelbase with a wider stance, giving it a 50/50 weight distribution.

Dubbed the "Zupra" twins, the fifth generation (J29) Toyota Supra was created inline with the G29 Z4 in joint-development between BMW and Toyota. The two cars share many components between each other - most notably BMW's inline-six B58 engine teamed with Toyota's chassis and suspension tuning - to the extent of both being built in the same Magna Steyr factory in Graz, Austria.

The M40i is a sports class car that requires 40 epic blueprints to unlock. The blueprints required to unlock the vehicle can be found from various sources: 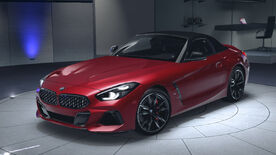 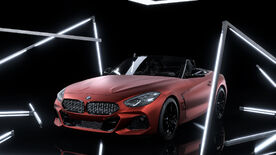 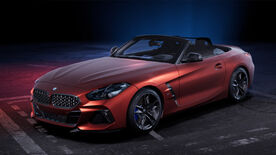