Need for Speed Wiki
Register
Don't have an account?
Sign In
Advertisement
in: Vehicles, 2000s, BMW,
and 13 more

The Z8 entered production due to the popularity of the Z07, which was a concept car with design cues from the 507. Sport Auto drove around the Nürburgring Nordschleife with a lap time of 8:07:00, being two seconds faster than the Ferrari 360 Modena.

The Z8 made an appearance in the James Bond movie The World Is Not Enough.

The Z8 is featured in Need for Speed: Hot Pursuit 2 as a tier 4 car in the PC, Xbox, and GameCube releases and can be unlocked for 5,000 NFS points.

It appears as a class C car in the PlayStation 2 release and is unlocked upon the player earning 100,000 NFS points.

The Z8 is one of the fastest roadsters thanks to its precise handling. In terms of acceleration and top speed, the Ferrari 360 Spider outperforms it. There is a special event dedicated to the car, the BMW Z8 Tropical Time Trial. 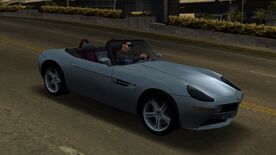 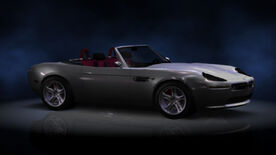 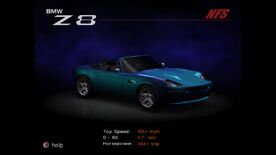