Bay Bridge is a Circuit event that appears in Need for Speed: Most Wanted.

It is the first part of the Rival Challenge event against Blacklist #3 - Ronnie - within career mode.

The route begins in Masterson Harbour and leads past Cascade Industrial Park and into Point Camden. Players will then pass through the Camden Tunnel shortly before returning to the Masterson shipyards. 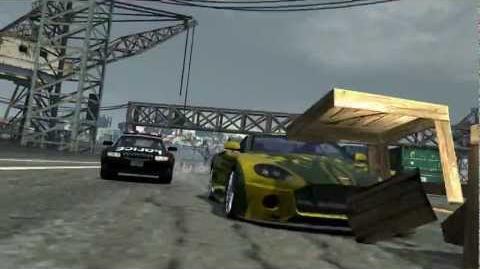