2240 kg (4938 lbs)
The Bentley Continental Supersports is the flagship car of the Continental series as it is the fastest and best handling of all Bentley vehicles created so far.

Acceleration is fast and up to par with the Aston Martin V12 Vantage's. The Supersports is a heavy vehicle with decent handling, meaning it is effective in Team Escape, but also less suited for competitive multiplayer races, considering it possesses a weak nitrous boost. Top speed is 185 mph (298 km/h).

The Spitfire style is a drag car that costs

The Supersports Coupé appears in Need for Speed: Hot Pursuit (2010) as an Exotic Series racer vehicle, and as an SCPD Speed Enforcement unit.

The Supersports is significantly heavier than other Exotic class vehicles and thus can sustain a greater amount of damage. The heavy weight also makes it a very capable police vehicle but this also undermines its overall performance as a racing vehicle. It's best suited to races and pursuits against low durability opposition due to its poor maneuverability.

The Supersports Coupe is featured in the mobile release of Need for Speed: Most Wanted (2012) and takes the role of the Supersports ISR from other releases of the game.

The Continential Supersports is available in the garage for $110,000. The main focus of the car is superior top speed, however, the handling suffers compared to the other vehicles in the GT category. There is an "NFS Edition" variant of the car, improving the acceleration and handling for $400,000. 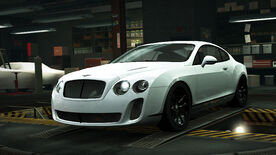 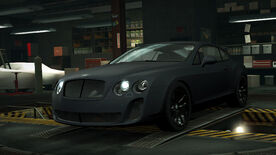 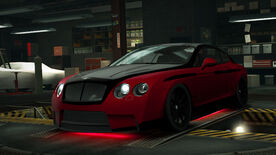 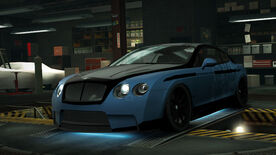 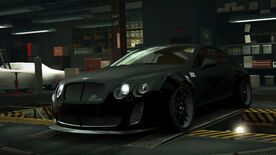 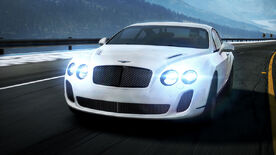 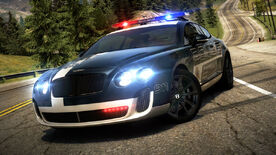 Need for Speed: Most Wanted (2012)
(Mobile - NFS Edition)
Retrieved from "https://nfs.fandom.com/wiki/Bentley_Continental_Supersports?oldid=126079"
Community content is available under CC-BY-SA unless otherwise noted.