Need for Speed Wiki
Register
Don't have an account?
Sign In
Advertisement
in: Vehicles, 2000s, Bugatti,
and 24 more
English

The "16.4" refers to the 16 cylinder W engine crafted from the combination of two V8 engines as well as the additional 4 turbochargers.

The Veyron is considered a "hypercar" due to its impressive specifications and its ability to surpass any supercar's performance.

The 16.4 was the first car in the Veyron model range. It was based on the 1999 Bentley Hunaudières Concept and the Bugatti Chiron 18.3, the latter of which was presented a year later at the Frankfurt Motors Show.

2000 also saw the Veyron EB 18.4, which was revealed at the Tokyo Motor Show. Both of these concept vehicles strongly influenced the production model first built in 2005.

The Veyron 16.4 appears in the downloadable Booster Pack released for Need for Speed: ProStreet as a tier 3 vehicle.

The car cannot be modified in any manner except for vinyl and paint customisation. It is a well performing car for Speed Challenge events due to its high top speed but can be hard to control whilst at high speed.

It is featured in the Job event Lightspeed. Contrary to its previous appearance, it can be modified with performance upgrades. The Veyron seems to be significantly slower in stock form than in real life but it is by far the most powerful tier 1 car.

5000 Driver Score from completing achievements. It was made available on April 10, 2013.

The Veyron can reach a high top speed and accelerates quickly. It can be tricky in corners due to its high kerb weight.

The Veyron 16.4 appears in Need for Speed: Hot Pursuit (2010) as a Hyper Series racer vehicle, and as an SCPD Special Response unit.

The racer vehicle is unlocked as part of the SCPD Rebels pack for the PlayStation 3, Xbox 360, and EA Crew releases. The SCPD unit is unlocked upon the player earning a total of 937,500 cop bounty.

The acceleration and top speed are among the best in the Hyper class, although it suffers from slight understeer. The Veyron's characteristics are similar to its Targa top counterpart: the Grand Sport.

The Veyron 16.4 appears in Need for Speed: Hot Pursuit Remastered as a car tier 5 vehicle available to cops and racers.

Its acceleration and top speed are among the best in its tier, although it suffers from understeer due to its heavy weight. It is capable of dealing and sustaining large amounts of damage in Hot Pursuits, making it a choice for perseverance over performance. 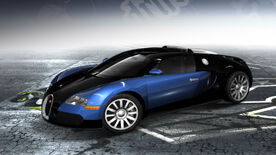 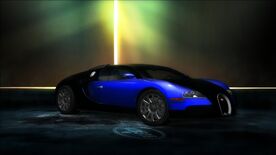 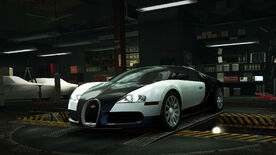 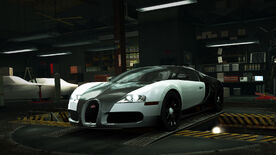 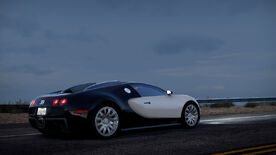 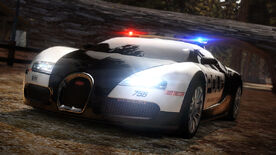 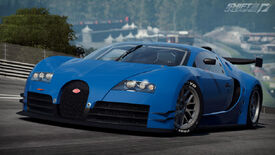 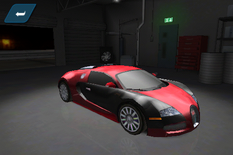