Need for Speed Wiki
Register
Don't have an account?
Sign In
Advertisement
in: Vehicles, 1980s, Buick,
and 18 more

4-speed Automatic
1,576 kg (3,474 lbs)
Stub - Why not help by expanding this article with relevant information.

The 1987 Buick Regal GNX is an American luxury 2-door car manufactured by Buick.

GNX (Grand National Experimental) was the highest level trim package available for the second generation Regal, and was offered in a limited number.

Only 547 models were produced following their performance upgrades by the Linamar Corporation's McLaren Performance Technologies division.

The Regal GNX appears in the game files of the PC, PlayStation 3, and Xbox 360 releases of Need for Speed: Undercover.

Despite the files referencing a Buick GNX, there is no mesh resembling the car present in the game.

The GNX appears in Need for Speed: Payback following its reveal during a developer interview[1] on June 14, 2017.

It is unlocked for purchase from the drift, drag, and race class dealerships upon completing chapter 1 - Ignition.

It is also offered as one of three race class starter cars. 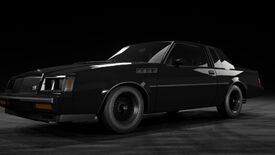 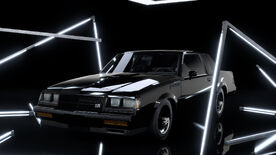 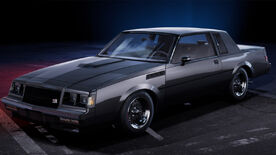