Need for Speed Wiki
Register
Don't have an account?
Sign In
Advertisement
in: Vehicles, 2010s, Cadillac,
and 13 more

6-speed Automatic
2,628 kg (5,794 lbs)
The 2015 Cadillac Escalade (GMT K2XL) is an SUV manufactured by Cadillac, and is part of the fourth generation model in the Escalade range.

The fourth generation model entered production in 2014 following its unveiling at a special event for the model in New York City, New York on October 7, 2013.

The new generation features a regular design, as well as an extended ESV design, with four trim levels; standard, luxury, premium, and platinum.

The Escalade 2015 appears in Need for Speed: Edge with an A class performance rating. 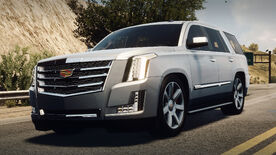 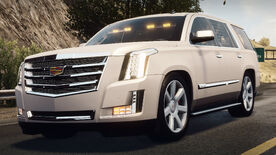 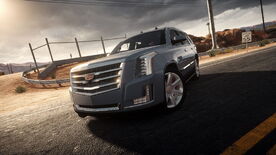