Splitup - This article should be split up into multiple articles.

Car Showcase is a feature in the first five Need for Speed titles, in which players can find general stats, performance, technical, and historical information about a vehicle. It can also include 360° interior views, videos, and a slideshow of the vehicle in real life.

Showcases were introduced in Road & Track Presents: The Need for Speed, released for 3DO.

In a partnership with the Road & Track magazine, a menu with general stats, performance, and technical information was included, as well as a voiceover giving the player more in-depth information related to each vehicle. In addition to that, every car is featured in a short presentation video.

All subsequent releases would have the showcase content greatly expanded and sorted into various categories, each including different pictures and voiceover:

The song "Showcase" by Alistair Hirst is used as a showcase theme for the PlayStation, PC, and Special Edition releases, whilst these releases' "Credits" theme by Jeff Dyck is played during showcases in the 3DO and Sega Saturn releases.

Showcases in Need for Speed II include a dedicated slide show section, among other database categories:

"Menu" and "Romulus 3" by Rom Di Prisco are used as menu themes, including showcase.

In Need for Speed III: Hot Pursuit, 360° interior views are introduced in the PC release.

"Monster" by Crispin Hands is used as showcase theme in the PC release, whilst the PlayStation release has the song "Sirius 909" by Rom Di Prisco.

The PC release of Need for Speed: High Stakes features:

The song "Callista" by Saki Kaskas is used as both the showcase and car selection showroom themes.

Showcase in the PlayStation release is referred to as "Showroom", and only consists of the car rotating whilst general information is displayed as text and a voiceover describing the selected car.

The song "Groovalicious" by Rom Di Prisco is used as the showroom theme.

Car showcases can be accessed from the Porsche Centre showroom whilst buying cars, and players can access general stats, performance, and technical information. Commentator speeches were not made available.

In addition to showcases, the PC release features the "Porsche Chronicle" section, which features various pictures, vintage promotional material, and commented videos from the Porsche line-up, organised by chronological order and car line-up.

The PlayStation release of Need for Speed: Porsche Unleashed does not feature showcases. However, players can visualise a short information list for each car. It also features the "Video Showcase", a short video montage composed of historical Porsche footage. 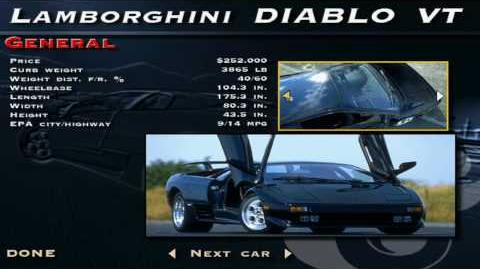 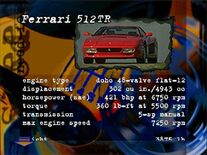 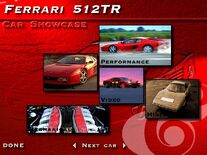 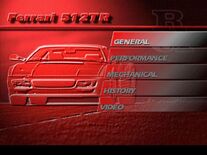 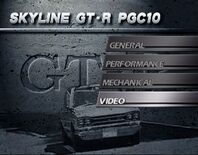 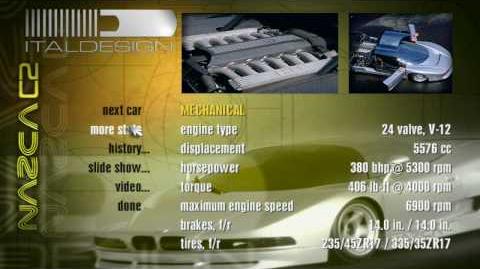 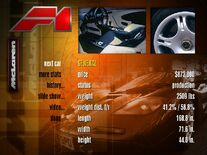 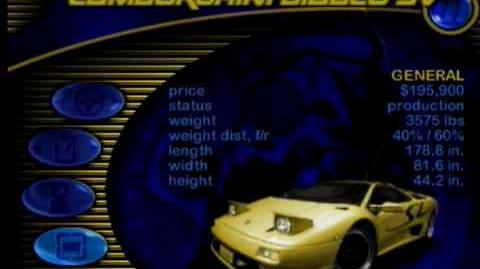 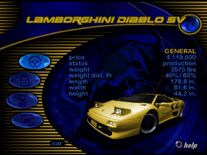 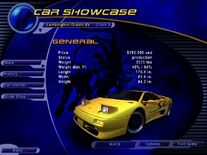 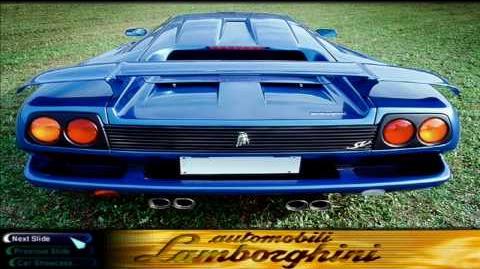 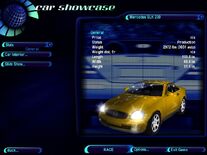 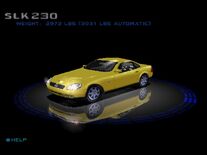 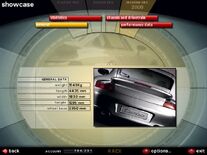 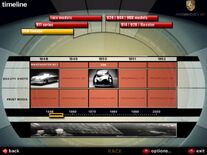