Need for Speed Wiki
Register
Don't have an account?
Sign In
Advertisement
in: Vehicles, 2010s, Caterham,
and 12 more

The powertrain of the R500 is a 2.0L Duratec I4 by Ford combined with a six-speed sequential gearbox. It entered production in 2008 and was the most powerful Caterham 7 trim until the 620R took the spot in 2013.

The Superlight appears in Need for Speed: World as a S class vehicle that was released on April 22, 2013.

The car is featured with strong acceleration coupled with a powerful nitrous boost. Due to an ultralight weight, it is capable of turning very quickly in corners, giving it a more responsive steering than the Pagani Zonda Cinque.

The White style is a speedboost car that costs

It is fitted with a selection skill mods and features various tuned performance parts.

The White style is a cash car that costs

It is fitted with a selection skill mods and features various tuned performance parts.

The Superlight appears in Shift 2: Unleashed with a price tag of $61,500. Its overall performance is rated at C 889, whilst its handling is rated at 3.74.

The Caterham's super lightweight construction, coupled with the powerful Duratec engine allows it to overtake bigger and more powerful sports cars in corners with a higher speed.

It is capable of out-accelerating other cars at the start of a race too. Its top speed however can be easily surpassed on long straight roads owing to its small engine and relatively low power compared to other cars with a C performance index rating.

The R500 shares a bug with the Radical SR3 RS, in which the front wheels visually turn from lock-to-lock instantly. This does not affect the handling in any conceivable way. The bug could be fixed by turning off the ABS driving aid.

The Superlight appears in Need for Speed: Most Wanted (2012) as a Race class car. It is unlocked upon discovering its Jack Spots.

It was included as an early unlock for multiplayer use in the pre-order Speed Pack. The pack also has an exclusive Satin Black livery, Track Tyres, and Lightweight Chassis Modifications for the R500.

The R500 is the least powerful Race class cars, but has the best handling because of having the lowest weight. It is still able to outperform less nimble cars in corners. 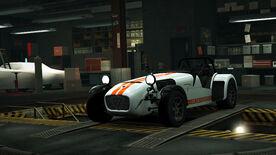 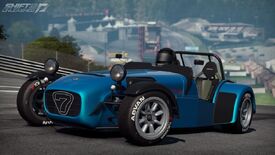 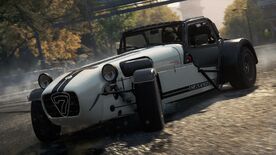 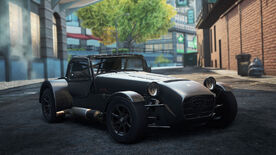 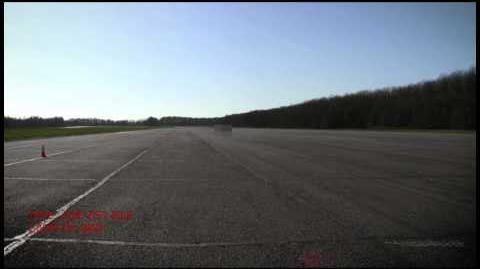