Need for Speed Wiki
Register
Don't have an account?
Sign In
Advertisement
in: Vehicles, Trucks, Traffic,
and 12 more

Unknown
Stub - Why not help by expanding this article with relevant information.
Cleanup - This article requires editing to meet the Need for Speed Wiki's quality standards.

The Cement Truck is a traffic vehicle featured in Need for Speed: Most Wanted.

The Cement Truck has the same cab and frame design as the Dump Truck with the only difference being the large cement drum over the rear wheels. It bears a striking resemblance to a MACK Cement Mixer.

The Cement Truck is fitted with a Nitrous Oxide System that will deplete very quickly during usage. It has a top speed of approximately 125 mph during gameplay and has a high weight and large size, making it effective in ramming police vehicles, although its tall height makes it prone to excessive body roll during aggressive turning, which can cause it to completely roll over. 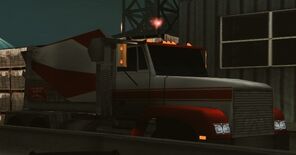 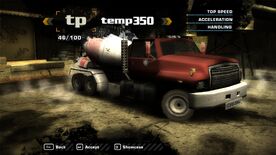 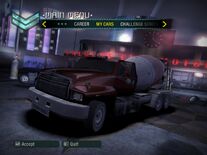 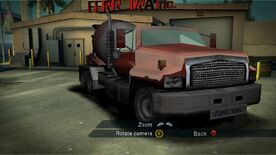 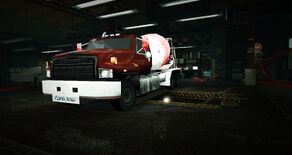