Need for Speed Wiki
Register
Don't have an account?
Sign In
Advertisement
in: Vehicles, 1960s, Chevrolet,
and 14 more

C/K trucks were offered with either a smooth Fleetside style or a wide fender Sidestep style body design across all light model trucks.

The 1962 model had the hood restyled eliminating the original oval air intakes, and switched from dual to single headlights. For 1964, the cabin saw a major redesign, removing the dogleg A pillar.

The C20 appears in Need for Speed III: Hot Pursuit as a traffic vehicle. In the PC release, players can drive it by entering the "go10" cheat code.

The C20 appears in the PlayStation release of Need for Speed: High Stakes as a traffic vehicle. 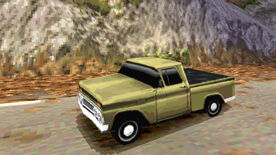 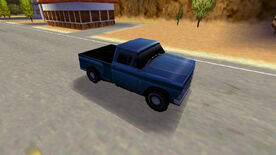 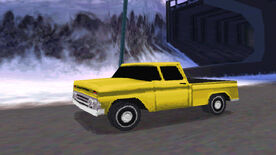