Need for Speed Wiki
Register
Don't have an account?
Sign In
Advertisement
in: Vehicles, 1960s, Chevrolet,
and 38 more
English

The Super Sport performance pack was available with a 350 or 396 cubic inch V8 engine. It also included improvements to the chassis to accomodate the additional power produced by the V8, and to enhance the car's handling.

The hidden headlights of the Camaro were obtainable from Chevrolet through an additional charge as part of the RS package.

The Camaro SS appears in the Black Edition release of Need for Speed: Most Wanted.

The handling suffers from heavy steering entering difficult corners at a high speed, but produces sufficient power and is capable of reaching above 168 mph (270 km/h).

The stock Camaro SS is included with the Black Edition release and is available from the beginning as a Bonus car for use in Quick Race or multiplayer.

A custom Camaro SS included with the Black Edition release can be driven in a single Challenge Series event:

The Camaro SS appears in Need for Speed: Carbon as a tier 1 muscle class car. It is available as a starting car of the career mode.

It has quick acceleration, but is also one of the most difficult cars to control through turns, as it is prone to oversteer. Thanks to its high kerb weight, it is also effective in pursuits.

The stock Camaro SS is unlocked for purchase in the Career mode from the beginning and is offered as the start car for the muscle career path.

Samson drives a Camaro SS as part of the crew in the Career mode, if the player drives a tier 1 car.

Sal drives a Camaro SS as part of the crew in the muscle career path of the Career mode, if the player drives a tier 1 car.

The Camaro appears in Need for Speed: ProStreet as an unlocked tier 1 vehicle with a $40,000 price tag.

It has strong acceleration, but suffers from fishtailing through high-speed corners. Its powerful V8 engine makes it best suited to Drag events.

The Camaro has average acceleration for its tier and can reach a top speed of 183mph (295km/h) without upgrades.

The Camaro SS appears in Need for Speed: Nitro as a C class vehicle and costs $40,000. It is rated 1 in both speed and drifting; 2 in both acceleration and handling; and 4 in strength.

A Camaro SS with a unique livery can be unlocked as a Collectable Car for use in both Arcade Mode and Career Mode, once all stars are obtained in all Bronze Cup events.

It has a weak nitrous boost and responsive steering, which is among the best of the classic American cars in the game, but possesses a fairly heavy weight, which does not affect its handling. This makes the car useful in both race events and Pursuit Outrun.

The Camaro SS appears in Need for Speed: The Run as a Muscle class car.

Its inclusion was revealed by the official Need for Speed website on September 22, 2011.

The stock Camaro SS is unlocked upon the player beating 5 Solo Objectives in the "Muscle Car Battles" Playlist.

The "Hunter" Signature Edition Camaro SS is unlocked upon the player achieving a Bronze Medal in all "Rural Track Attack" events in the Challenge Series.

The Need for Speed Edition Camaro SS is unlocked upon the player achieving a Gold Medal in all "Industrial Run" events in the Challenge Series.

The Camaro SS appears in the illegal street race at the beginning of Need for Speed, being driven by Pete Coleman. 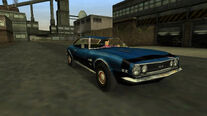 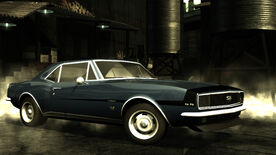 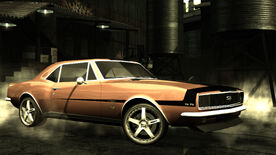 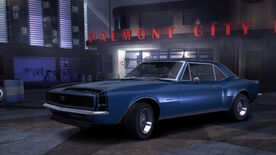 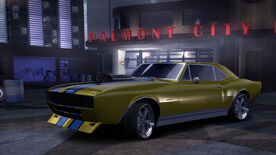 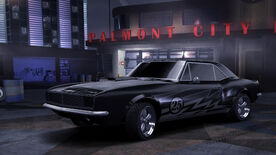 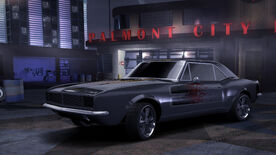 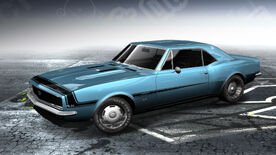 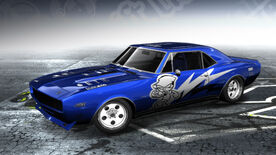 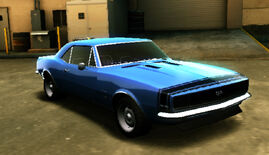 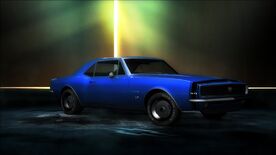 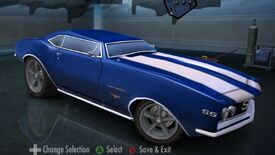 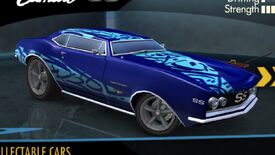 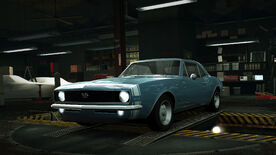 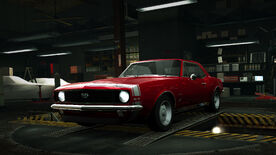 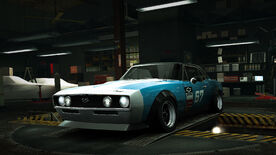 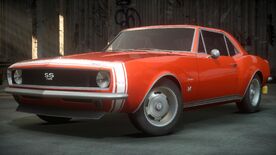 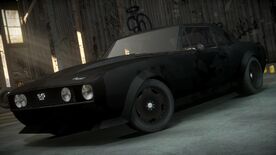 Need for Speed: The Run
("Hunter") 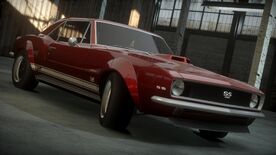 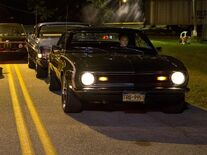