The Chevrolet Camaro ZL1 is the modern interpretation of the first generation ZL1 from 1969 and was revealed at the 2011 Chicago Auto Show.

Chevrolet claimed that it is the fastest production Camaro ever made. The ZL1 utilises a 6.2 litre supercharged LSA V8 producing 580 bhp. It is sold with 20-inch alloy rims and a carbon fibre spoiler.

The Camaro ZL1 was released in Need for Speed: World on March 9, 2012 as a tier 2 vehicle in an Elite style. The standard variant was released on July 24, 2012 as a free gift to every player.

It has good acceleration and a weak nitrous boost, which is compensated by a direct and smooth handling to balance out the ZL1's ability to sprint between successive corners. Top speed is 161 mph (260 km/h).

The car also has a decent pursuit durability, making it effective in races and every police related game mode.

The Elite model of the ZL1 is extensively modified in terms of body work and mechanical purposes. The body work is heavily orientated towards purposes of acceleration as the rear spoiler has been replaced with a "whale tail" wing designed to increase rear traction and reduce high speed oversteer. The alterations continue with a superimposed V mouth across the front bumper, removed fog lights, widened front air intake, two visible radiators behind the front bumper, a heavy-set chin spoiler and excessively flared wheel arches.

The body modifications continue with alternative head lights with red outer edges, a wheelie bar and a rear diffuser. The interior is stripped bare of all equipment in favour of an aftermarket driver seat, a complex roll cage and a large nitrous bottle. It features a distinct set of additional exclusive aftermarket parts such as 18 inch Center Line Style B wheels, widened rear tyres, a stage 3 lowering kit, an "Elite" flame style neon kit and an "ELITE" licence plate.

The Elite style is a uniquely altered elite variation of the regular Camaro ZL1. It is altered to the style of a drag car and costs

It is fitted with various tuned quality performance parts, and a selection of aftermarket parts. A series of various drag 2-star Skill Mods were added to the vehicle on October 30th, 2012.

The Elite style is a uniquely altered elite variation of the regular Camaro ZL1. It is altered to the style of a drag car and costs

It is fitted with various tuned quality performance parts, a series of various drag 2-star Skill Mods, and a selection of aftermarket parts.

The ZL1 appears in the Limited Edition release of Need for Speed: The Run for PC, PlayStation 3, and Xbox 360. It is also appears in the Nintendo 3DS and Wii releases.

The stock Camaro ZL1 appears as a tier 3 car and shares the same top speed with the Ford Shelby GT500 Super Snake, but loses in handling because of its "very difficult" rating.

The NFS Edition is a tier 4 vehicle that produces 660 bhp at 6,200 rpm and has a "very difficult" handling rating. Compared to the BMW M3 GTS, this ZL1 has better acceleration.

It appears as a Muscle class vehicle and can be unlocked in single player upon finding one of its Jack Spots. It is unlocked upon reaching SpeedLevel 2 in multiplayer.

Its steering is not as stiff as seen on the Ford Mustang Boss 302 and doesn't require much braking when drifting. Acceleration is average and very similar to the Boss 302, although it might require modifications to keep up with stronger Muscle class cars like the Shelby Cobra 427. Its durability is average although its high weight can be useful in taking down cops or rival racers.

The Chevrolet Camaro ZL1 appears in the mobile release of Need for Speed: Most Wanted (2012) in the Muscle category. It costs $60,000 and has the same stats as the Ford Mustang Boss 302; a focus on acceleration at the cost of handling.

The NFS Edition has improved overall performance compared to the standard model at a cost of $250,000.

The Camaro ZL1 appears in Need for Speed: Rivals as an RCPD unit.

The patrol specification of the Camaro ZL1 is unlocked upon completing the rank 2 assignment - "Cast The Net".

The undercover specification of the Camaro ZL1 is unlocked upon completing the rank 2 assignment - "Who Owns The Roads".

The enforcer specification of the Camaro ZL1 is unlocked upon completing the rank 2 assignment - "The Fight From Within". 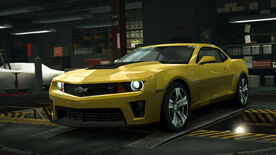 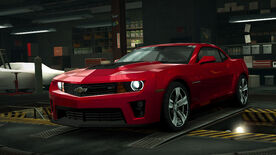 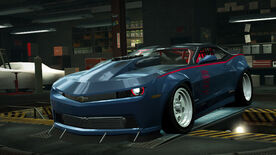 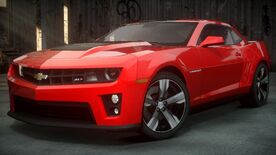 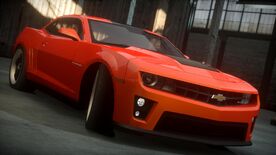 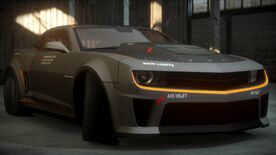 Need for Speed: The Run
(Strider) 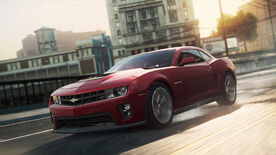 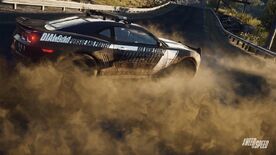 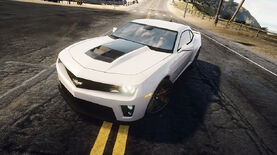 Retrieved from "https://nfs.fandom.com/wiki/Chevrolet_Camaro_ZL1_(2012)?oldid=138799"
Community content is available under CC-BY-SA unless otherwise noted.