3803 kg (8384 lbs)
The third generation Chevrolet Caprice is a full sized sedan previously popular in police and taxi markets. It was originally the more luxurious model of the sixth generation Impala until 1986, when it became the base model alongside the 9C1 variant for police and the 9C6 variant for taxi fleets.

As a result of the 1977 GM 77 project, the third generation Caprice became shorter and lighter, whilst receiving increased interior space simultaneously. Similar to previous generation models, it was available as a sedan, station wagon, and coupé variant.

The third generation Caprice went through some minor changes between 1977 to 1990 during its life cycle. In 1986, after the sixth generation Impala was discontinued. Chevrolet introduced the Caprice as its new flagship sedan that was also available to police as the Caprice 9C1, and the Caprice 9C6 for taxi customers, replacing both the Impala 9C1 and 9C6. This generation had more engine choices between 6 cylinder and V8 engines.

The coupé was dropped in 1988, leaving only the sedan and station wagon variants to choose from.

1990 was the last year for this generation, as it carried over from 1989 until the fourth generation model was introduced as a 1991 model.

The Caprice appears in Need for Speed III: Hot Pursuit as both a police and traffic vehicle on the Hometown and Country Woods tracks in the PlayStation release. The PC release also features the Caprice as a taxi cab and has different markings from its PlayStation counterpart.

The Caprice appears in Need for Speed: High Stakes as a traffic vehicle. 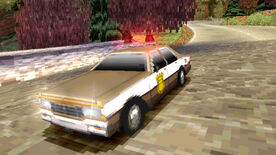 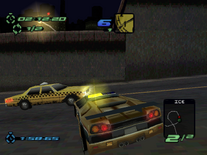 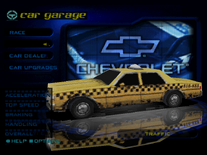 Retrieved from "https://nfs.fandom.com/wiki/Chevrolet_Caprice_(Gen._3)?oldid=151321"
Community content is available under CC-BY-SA unless otherwise noted.