Need for Speed Wiki
Register
Don't have an account?
Sign In
Advertisement
in: Vehicles, Cars, Traffic,
and 14 more
English

1852 kg (4083 lbs)
The 4th generation Chevrolet Caprice is a series of full-size cars manufactured by Chevrolet from 1990 to 1996. It was available in a saloon and estate body style.

The Caprice is based on the B-body platform and came out as a modern redesign of the 1977 to 1990 produced 3rd generation model. It was also offered for authorities as the 9C1 police package model and as the 9C6 package for taxicab companies.

Throughout its production run, the Caprice received numerous model year changes that often included styling changes. In 1996, the Caprice and all other B-body platform models were discontinued.

The Chevrolet Caprice appears in Need for Speed: High Stakes as a police vehicle in both releases.

The Caprice appears in the PlayStation release as a selectable pursuit vehicle, and it is available from the beginning. It can also be found patrolling the Dolphin Cove, Kindiak Park and Snowy Ridge courses.

The Caprice appears in the PC release as a police vehicle patrolling the Dolphin Cove, Atlantica, Aquatica, and Empire City courses. Players can drive it upon swapping to the next police cars whilst playing as cop in Hot Pursuit mode.

A taxi variant only appears in a television commercial for the PlayStation release, but is not present in the retail game. 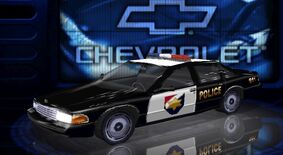 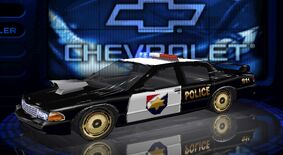 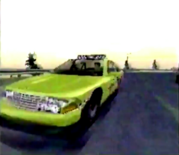 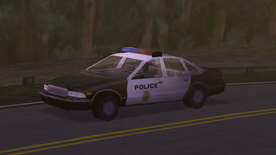