Need for Speed Wiki
Register
Don't have an account?
Sign In
Advertisement
in: Vehicles, 1970s, Chevrolet,
and 19 more

It is part of the second generation Chevelle model range and is powered by a 454cu Big-Block V8. The car received a facelift in 1971.

The 1970 Chevelle SS appears in Motor City Online as a muscle class car.

The Chevelle SS appears in Need for Speed: Carbon as a tier 1 muscle class car.

It has the best acceleration of all tier 1 cars, however, it has very unresponsive handling and slack steering. Braking is often required to enter a corner without hitting the wall, as it is prone to oversteer.

The custom purple Chevelle SS is unlocked for use in Quick Race upon the player completing the "Chevelle SS" Reward Card:

The custom red Chevelle SS is unlocked for use in Quick Race upon the player completing the "Chevelle SS" Reward Card:

The Chevrolet Chevelle SS appears in Need for Speed: ProStreet as a tier 2 vehicle with a $33,000 price tag.

The Chevelle SS is one of the fastest classic muscle cars due to its quick acceleration. However, it often tends to slide in corners because of its high weight. The Chevelle SS is best utilised in Drag events.

The Chevrolet Chevelle SS appears in Need for Speed: Undercover as a tier 3 vehicle with a $150,000 price tag. It is unlocked upon reaching Wheelman Level 9.5.

The Chevelle SS has the best acceleration within its class, although the 1969 Dodge Charger R/T comes close. With a top speed of 193 mph (311 km/h), it has a considerably lower top speed than most tier 3 cars.

450,000. The SpeedBoost version is a C class vehicle with Amerikon Speedsystems Street Tuned parts. It has a 430 overall rating and costs

Unlike the 1969 Dodge Charger R/T and 1971 Dodge Challenger R/T, the Chevelle SS is a torquey vehicle with an above average nitrous boost. Its handling is sluggish in corners due to a high weight, but is still superior to both cars. Standard top speed is 135 mph (217 km/h).

The car is best used in Pursuit Outrun and Team Escape. In race events against other fast in-game cash purchasable vehicles, it also stacks up well. The Chevelle SS might require Race series performance parts or better as its nitrous strength and other performance aspects such as acceleration and handling can be vastly improved.

The Super Stock style is an unreleased Best in Class car.

It is fitted with various Race quality performance parts from different manufacturers, 2-star Skill Mods, and a selection of aftermarket parts. 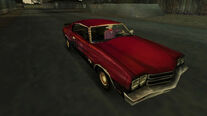 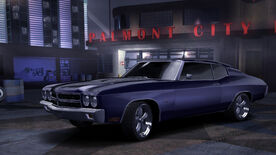 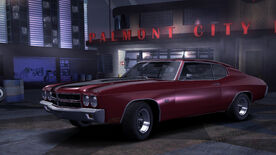 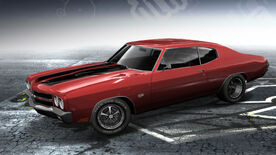 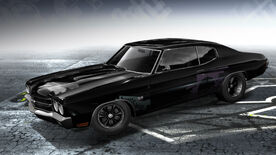 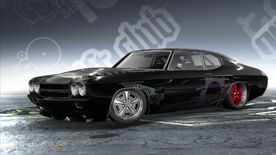 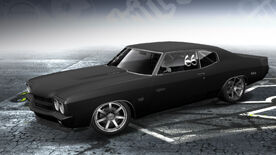 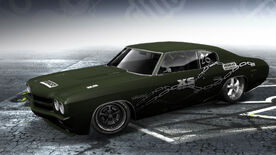 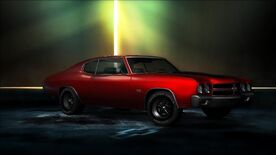 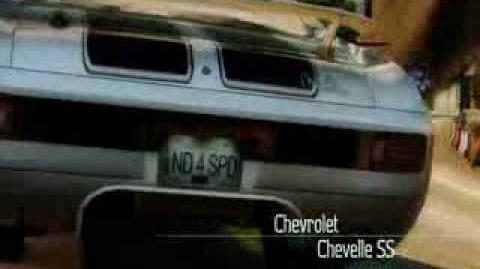 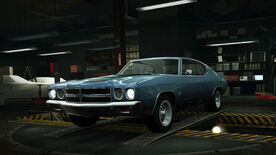 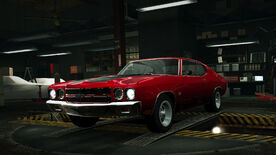 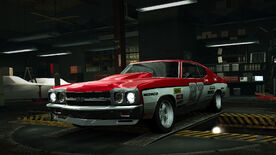