Need for Speed Wiki
Register
Don't have an account?
Sign In
Advertisement
in: Vehicles, 2010s, Chevrolet,
and 16 more

8-speed-speed Automatic
2,273 kg (5,011 lbs)
The Chevrolet Colorado ZR2 (Gen. 2) is an off-road performance trim of the Colorado manufactured by Chevrolet.

The Colorado ZR2 appears in Need for Speed: Payback following its reveal on May 29, 2018, and was made available as a downloadable add-on with the release of the June Update on June 19, 2018.

It is unlocked for purchase from the off-road, race, and runner class dealerships upon purchase and download from the online store.

The Colorado ZR2 '17 appears in Need for Speed: Heat following an article published[1][2] on August 19, 2019, revealing it to be part of the game's official car list, and appears in the NFS: Heat Studio app as part of container 2, which was released on August 27, 2019. 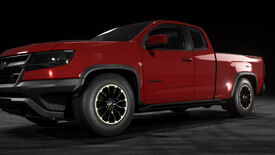 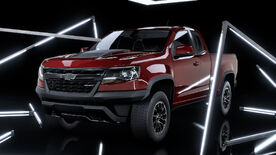 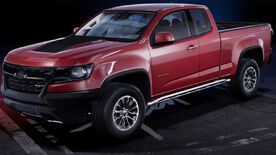